Geoscientists at the University of Sydney have discovered a natural laboratory to test claims that the carbon captured during the erosion and weathering of common rocks could be a viable mitigation strategy against global warming.

That laboratory is the Tweed River valley in north-eastern New South Wales.

"When common rocks, known as olivine, chemically break down, they absorb carbon dioxide to form carbonates that can then be washed into the oceans," said lead author of the study, Kyle Manley, a student at the University of Irvine in California, who started the research while studying at Sydney.

"In that way, river valleys like the Tweed can act as carbon sinks."

The carbonates formed in this process later become the shells of marine animals and corals. Over millions of years, these remnants can form huge undersea carbonate structures. Occasionally they are pushed above sea level, such as the White Cliffs of Dover in England.

In order to combat global warming, some have proposed olivine weathering and its carbon capture could be harnessed to absorb millions of tonnes of carbon dioxide from the atmosphere.

Research now published in the journal Frontiers in Earth Sciences, will allow scientists to test these claims in the Tweed catchment area, a 1326 square kilometre region, and in other regions that act as carbon sinks.

Co-author Dr Tristan Salles from the School of Geosciences at the University of Sydney said: "We ran seven scenarios up to 2100 and 2500 to see how much carbon might be absorbed in different climatic conditions.

"In all scenarios we estimate millions of tonnes of carbon dioxide could be absorbed - but this is a drop in the ocean of the billions of tonnes a year of carbon pollution expected to be emitted over the coming decades and centuries."

The seven scenarios also describe a complex and interconnected interplay between weathering and sea-level rise that will see oceans encroach along the Tweed coast. However, in some areas, extensive weathering will deposit huge amounts of new sediment onto the coastal plain.

Dr Salles said: "Increased global temperatures are likely to see increased rainfall in this part of Australia, which will greatly accelerate the weathering process of olivine rocks.

"Our modelling shows that in some parts of the Tweed floodplain between 3.8 and 6.5 metres of sediment could be deposited. A counter-process will see coastal erosion from the encroaching ocean."

From their initial modelling of the Tweed catchment, the scientists estimate between 57 and 73 million tonnes of carbon dioxide a year could be absorbed in olivine weathering by the end of this century. The United Nations mid-range estimate for carbon emissions at 2100 is about 70 billion tonnes a year, meaning a site like the Tweed catchment would absorb less than 0.1 percent of total carbon emissions.

The scientists used modelling data from the Australian government and the UN's International Panel on Climate Change and from extensive data on the Tweed River valley from Geoscience Australia and the Three Dimensional Great Barrier Reef project (3DGBR).

"Nobody is suggesting that carbon sequestration via olivine weathering will solve our problems," said co-author Professor Dietmar Müller. "But given that there are proposals to artificially enhance this weathering process to absorb carbon pollution, it is important we understand just how viable this could be."

The scientists say that their modelling will assist in the identification of other regions where climate change could create environments in which enhanced natural carbon sequestration might occur.

"What we did find is that the rate and magnitude of sea-level rise is the dominant control of where, when and how much sediment is deposited in such a region," Mr Manley said.

"Climate change will throw these river systems out of equilibrium, so there is still much work to do to understand how they will operate as natural carbon sinks."

DOWNLOAD animation showing sea-level rise in the Tweed estuary plus photos of researchers, images and a copy of the paper at this link.

There was no external funding for this research. 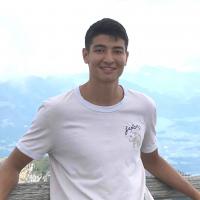