The Djehuty Project, led by research professor, José Manuel Galán, from the Spanish National Research Council (CSIC), has discovered a 4,000-year-old funerary garden- the first such garden ever to be found- on the Dra Abu el-Naga hill in Luxor, Egypt. The discovery comes during the 16th year of archaeological excavations which are sponsored this year by Técnicas Reunidas and Indra.

The discoveries made by this project shed light on a key epoch when, for the first time, Thebes (now Luxor) became the capital of the unified kingdom of Upper and Lower Egypt about 4,000 years ago.

Dr. Jose Galán explains, "We knew of the possible existence of these gardens since they appear in illustrations both at the entrances to tombs as well as on tomb walls, where Egyptians would depict how they wanted their funerals to be. The garden itself consisted of a small rectangular area, raised half a meter off the ground and divided into 30 cm2 beds. In addition, next to the garden, two trees were planted. This is the first time that a physical garden has ever been found, and it is therefore the first time that archaeology can confirm what had been deduced from iconography. The discovery and thorough analysis of the garden will provide valuable information about both the botany and the environmental conditions of ancient Thebes, of Luxor 4,000 years ago".

Galán continues, "The plants grown there would have had a symbolic meaning and may have played a role in funerary rituals. Therefore, the garden will also provide information about religious beliefs and practices as well as the culture and society at the time of the Twelfth Dynasty when Thebes became the capital of the unified kingdom of Upper and Lower Egypt for the first time. We know that palm, sycamore and Persea trees were associated with the deceased's power of resurrection. Similarly, plants such as the lettuce had connotations with fertility and therefore a return to life. Now we must wait to see what plants we can identify by analysing the seeds we have collected. It is a spectacular and quite unique find which opens up multiple avenues of research".

"Digging in a necropolis not only allows us to discover details about the world of funerals, religious beliefs and funerary practices, it also helps us discover details about daily life, about society and about the physical environment, both plant and animal. The necropolis thus becomes, as the ancient Egyptians themselves believed, the best way to understand and embrace life", concludes the CSIC researcher.

The garden, or funeral garden, was unearthed in an open courtyard at the entrance of a Middle Kingdom rock-cut tomb very probably from the Twelfth Dynasty, circa 2000 BCE. The garden, measuring 3m x 2m, is raised and is divided into a grid arrangement of 30 cm2 beds distributed in rows of five or seven beds.

View of the funeral garden with a bowl of dates and seeds found in the orchard. / CSIC

According to experts, these small beds may have contained different types of plants and flowers. In addition, at the centre of the raised garden there two beds which are set higher than the others where small trees or shrubs probably grew.

In one corner, the researchers recovered a still upright tamarisk shrub complete with its roots and 30cm-long trunk, beside which was a bowl containing dates and other fruit which may have been given as an offering.

In addition, attached to the facade of the tomb, which the garden is related to for the time being, a small mud-brick chapel (46cm high x 70cm wide x 55cm deep) with three stelae, or stone tombstones, in its interior was also uncovered. These are dated later than the tomb and the garden, coming from the Thirteenth Dynasty, around the year 1800 BCE. One of them belongs to Renef-seneb, and the other to "the soldier ("citizen") Khememi, the son of the lady of the house, Satidenu." On each, reference is made to Montu, a local god from ancient Thebes, and to the funerary gods Ptah, Sokar and Osiris.

"These finds highlight the importance of the area around the Dra Abu el-Naga hill as a sacred centre for a wide range of worship activities during the Middle Kingdom. This helps us understand the high density of tombs in later times as well as the religious symbolism that this area of the necropolis holds", concludes the CSIC researcher.

A first-ever find in Egypt: A funeral garden known of until now only through 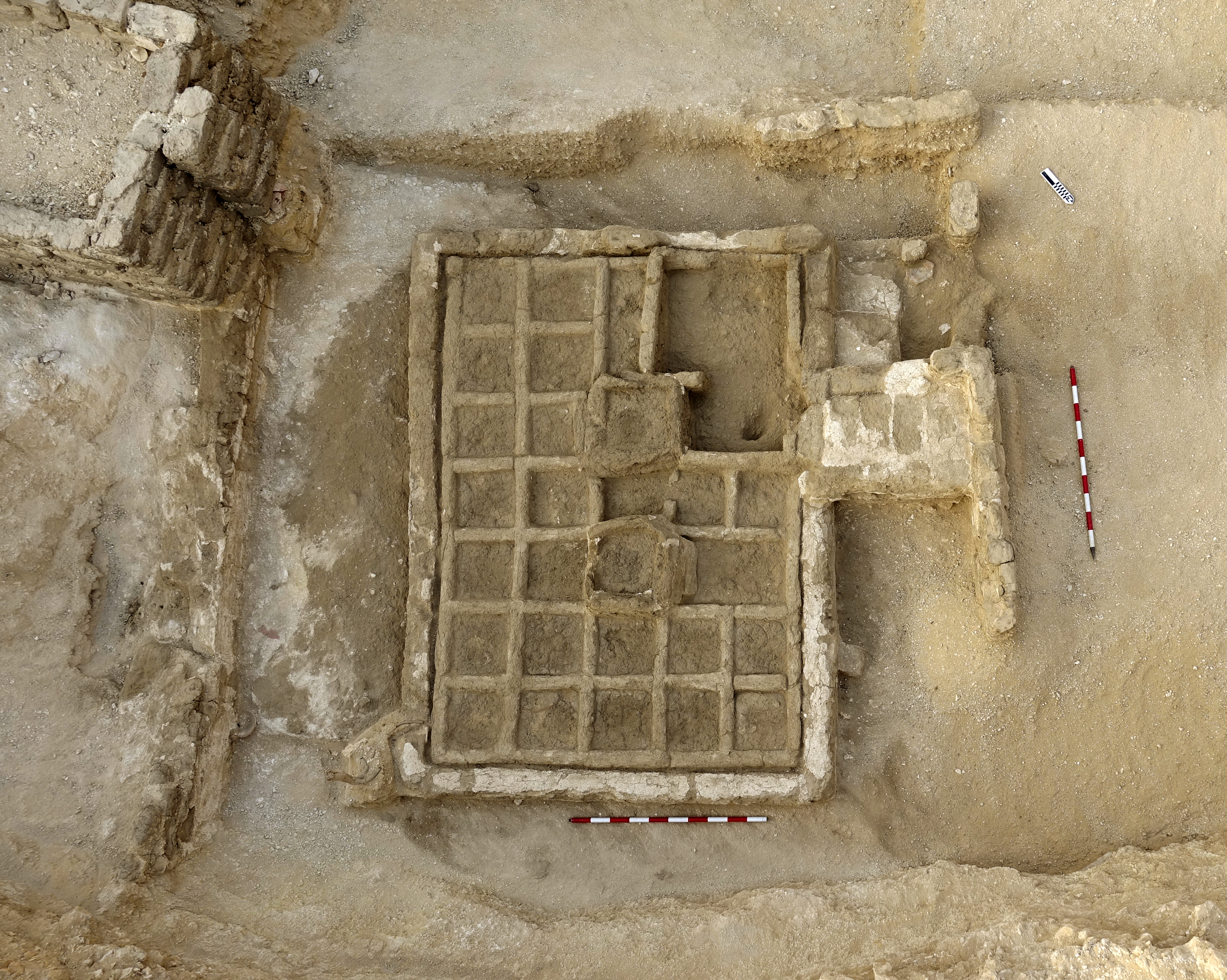