Recently, researchers from Harvard and MIT succeeded in trapping a record 53 atoms and individually controlling their quantum state, realizing what is called a quantum simulator. Their experiments in this system, presented in July 2017 at a conference in Trieste, revealed completely unexpected periodic oscillations in the dynamics of the interacting atoms. Now, an international team of researchers, including Alexios Michailidis and Maksym Serbyn from the Institute of Science and Technology Austria (IST Austria) as well as researchers from the University of Leeds and the University of Geneva, have solved the mystery of these previously inexplicable oscillations. The theoretical explanation they proposed introduces a concept of a "quantum many-body scar" that alters our understanding of the dynamics that are possible in many-body quantum systems.

Imagine a ball bouncing around in an oval stadium. It will bounce around chaotically, back and forth through the available space. As its motion is random, it will sooner or later visit every place in the stadium. Amidst all the chaos, however, there might be a potential for order: if the ball happens to hit the wall at a special spot and at the "correct" angle of incidence, it might end up in a periodic orbit, visiting the same places in the stadium over and over and not visiting the others. Such a periodic orbit is extremely unstable as the slightest perturbation will divert the ball off its track and back into chaotic pondering around the stadium.

The same idea is applicable to quantum systems, except that instead of a ball bouncing around, we are looking at a wave, and instead of a trajectory, we are observing a probability function. Classical periodic orbits can cause a quantum wave to be concentrated in its vicinity, causing a "scar"-like feature in a probability that would otherwise be uniform. Such imprints of classical orbits on the probability function have been named "quantum scars". The phenomenon, however, was only expected to happen with a single quantum particle, as the complexity of the system rises dramatically with every additional particle, making periodic orbits more and more unlikely.

"Generally people assumed that it was impossible for many-body systems to have quantum scars, and when people first saw the oscillations they could not explain it," says Maksym Serbyn, Professor at IST Austria and co-author of the study. "By extending the concept of scars to quantum many-body systems, we were able to explain why these oscillations are there," he adds.

In the study, which was published in Nature Physics, the researchers explain the experimental observation with the occurrence of quantum many-body scars. They also identify the many-particle unstable periodic orbit behind the scar behavior as the coherent oscillation of atoms between the excited and ground states. Intuitively, the quantum many-body scar may be envisioned as a part of configuration space that is to some extent "shielded" from chaos, thus leading to a much slower relaxation. In other words: the system takes longer to return to chaos--the equilibrium state.

"We still don't know how common quantum many-body scars are, but we have found one example, and this is a paradigm shift," Serbyn says. But there is a lot left to find out. "We don't yet understand all the properties of many-body quantum scars, but we have successfully explained the data. We hope that a better understanding of quantum scars will provide a way of protecting quantum systems from relaxation."

Explanation for puzzling quantum oscillations has been found 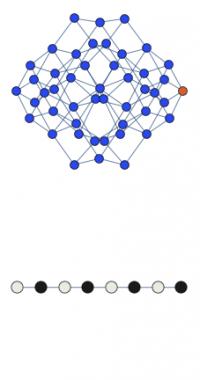 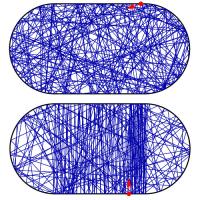