The Korea Institute of Machinery & Materials (President Chunhong Park; hereinafter "KIMM") developed a robot hand capable of handling various objects and tools in daily life, such as holding an egg and cutting papers with a pair of scissors. The hand can be easily mounted on a variety of robot arms, and offers the world's strongest grasping force against its own weight. It is expected that the use of robotic hands will be extended to industrial sites as well as everyday life.

The team led by Dr. Hyunmin Do, principal researcher at the Department of Robotics and Mechatronics under the Advanced Manufacturing Systems Research Division of KIMM, developed a robot hand capable of handling objects in the same way as human hands by mimicking the structure and the motion of a human fingers.

The developed robot hand is composed of four fingers and 16 joints. A total of 12 motors were used to move each finger and joint independently.

The research team developed a unique mechanism to support movement in small spaces with a high degree of freedom, similar to the motion of a human hand. They succeeded in modularizing the driving unit responsible for finger movement by embedding it inside the palm. The robot hand can be easily mounted on a variety of robot arms.

In addition, the developed robot hand is lighter and stronger than commercially available robot hands. Its weight is less than 1 kg, but payload is more than 3 kg.

The research team developed two types of force sensors to allow tactile sensing to detect contact with objects, and attached them to the fingertips, fingers and the palm. The sensors attached to fingertips are multi-axis force/torque sensors with a diameter of 15 mm and a weight of less than 5 g. They can measure the magnitude and direction of force detected at the fingertip when the robot hand come into contact with an object. The sensors are the key to controlling the grasping force.

Skin-type tactile sensors developed through joint research with Seoul National University were also attached to fingers and the palm. These sensors measure the force distribution at the contact area when the robot hand touches an object.

Commercial robot hands developed so far have limited applications, as there are no modulized products equipped with both the driving units embedded inside the palm area and the built-in tactile sensors.

Dr. Hyunmin Do said, "The robot hand was developed to handle various objects including the tools in everyday life by mimicking the delicate motion of a human hand. It is also expected to be used as a research platform for studying the grasping algorithm of robot hand and manipulation intelligence."

This research was conducted as part of "Development of Robot Task Control Technology Based on Multimodal Recognition for Object and Tool Control in Everyday Life," a program of the Ministry of Trade, Industry and Energy. 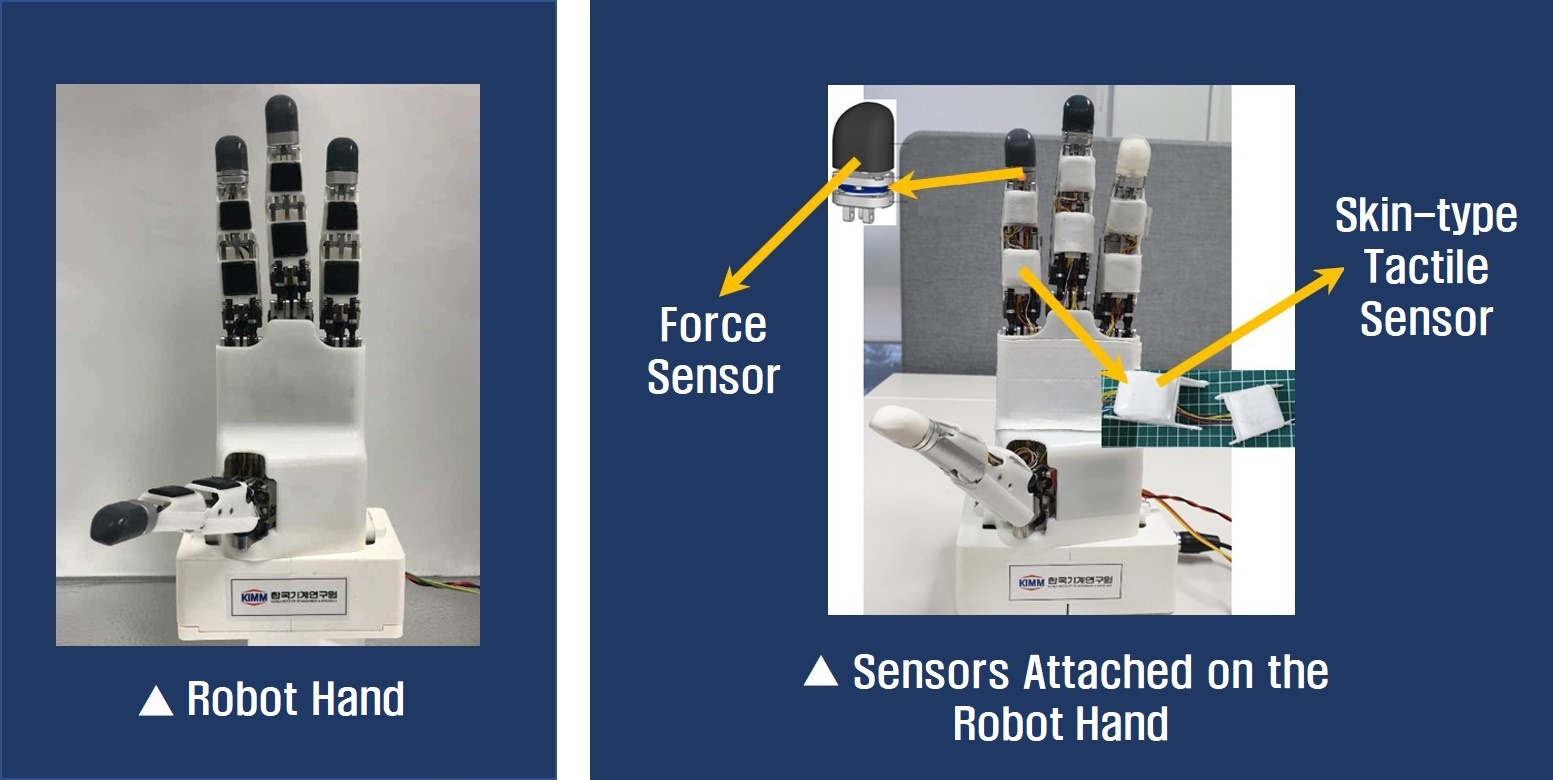