"It seems counterintuitive that one compound could treat two diseases that are quite different, but by restricting iron absorption, it also helps to normalize red blood cell levels in animals," said study leader Stefano Rivella, Ph.D., a hematology researcher and holder of the Kwame Ohene-Frempong Chair in Sickle Cell Anemia at The Children's Hospital of Philadelphia (CHOP). "If these preclinical results translate to humans, this could represent a new treatment for both disorders."

Rivella and colleagues published their study online today in the journal Blood.

The researchers used minihepcidins, modified versions of the naturally occurring hormone hepcidin that regulates iron. Minihepcidins are smaller than the full-length hormone but have long-term stability and long-lasting biological activity when administered to animals. Previous researchers showed that minihepcidin treatment can prevent iron overload in mouse models of hemochromatosis, a disease of excess iron absorption associated with low hepcidin production.

First author Carla Casu, Ph.D. from CHOP, along with Rivella and colleagues, investigated in the current study how minihepcidins affected beta-thalassemia and polycythemia vera (PV) in mice separately engineered to model each human disease.

In beta-thalassemia, a long-studied genetic disorder, a mutation impairs hemoglobin production, resulting in defective red blood cells (RBCs). Those cells have a reduced ability to carry oxygen, resulting in anemia. However, the body continues to accumulate iron, because of low levels of hepcidin, generating a vicious cycle that destroys more RBCs and also may cause severe damage in the liver and heart.

In PV, rare mutations drive the overproduction of RBCs, gradually thickening the blood into a ketchup-like consistency. This raises the risk of high blood pressure and thrombosis (clotting), which may cause a stroke. PV also causes a painfully enlarged spleen. The standard treatment for PV is phlebotomy--puncturing a vein to remove blood. However, removing blood does not stop the body from keeping RBC production in overdrive.

Rivella and colleagues bred mouse models of both diseases, first at Weill Cornell Medical College in New York, where their study began, and subsequently at CHOP.

The study team found that, in young mice that modelled beta-thalassemia, minihepcidins normalized RBC levels and relieved both anemia and iron overload. In older mice, the compound improved RBC production and did not interfere with a chelating drug used to remove excess iron deposits.

Rivella noted that if minihepcidins prove successful in clinical trials, they may provide an important tool in treating these blood disorders. "In animal affected by beta-thalassemia, the compound blocks iron from getting into organs, but doesn't remove excess iron already in organs and tissues. If minihepcidins are used in older patients, they would need to be combined with existing chelating drugs that remove the already-accumulated iron." However, he added that in beta-thalassemia, providing minihepcidins in childhood might halt iron accumulation and prevent more severe adult disease. In PV, minihepcidins may help normalize a patient's RBC production, but, as in beta-thalassemia, would not treat the underlying disease-causing mutations.

Editor's Note: Merganser Biotech Inc., a clinical stage biotech company based in suburban Philadelphia, is developing minihepcidins as novel therapies for rare hematological diseases. Merganser's lead compound, M012, is now under evaluation in a Phase 1 clinical program as a potential therapy for beta-thalassemia, low-risk myelodysplasia, PV, alpha-thalassemia and sickle cell disease. The company's CEO, Dr. Brian MacDonald, is a co-author of the current study. Rivella is a paid consultant to Merganser Biotech's clinical trial, owns restricted stocks in Merganser and is a member of its scientific advisory board.

The National Institutes of Health (grants DK095201, DK090554, DK107309, DK107670, HL105682, and DK095112) and Merganser Biotech supported this study. In addition to his CHOP position, Rivella is a Professor of Pediatrics in the Perelman School of Medicine at the University of Pennsylvania. Co-authors with Casu, Rivella, and MacDonald were from St. Louis University, the University of Michigan, UCLA, New York Blood Center and Weill Cornell Medical College. 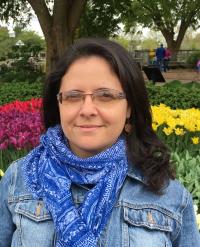