In pursuit of unraveling the mysteries of Fast Radio Bursts, a new telescope will bring engineers at West Virginia University one step closer to an explanation.

Thanks to a $1.7 million National Science Foundation grant awarded to Kevin Bandura, assistant professor in the Lane Department of Computer Science and Electrical Engineering in the Statler College of Engineering and Mineral Resources, a new telescope is slated to be built at the Green Bank Observatory to pinpoint the locations of FRBs in far off galaxies, enabling the ability to finally discover the nature of these enigmatic objects.

FRBs are among the brightest sources ever seen in the sky, but their origin remains a mystery to scientists. The intense flashes of energy blaze for only a millisecond and then disappear. Although they can only be seen for a brief moment, the radio waves have travelled for billions of years through an ionized cosmic structure to be visible in the sky.

"Currently, most FRB positions are so imprecise that astronomers don't even know which galaxy they come from," Bandura said. "The new telescope, Outrigger, will solve that problem, determining the particular galaxy, and will go further, localizing the source to a specific region within the galaxy."

The new Outrigger telescope will work in conjunction with the existing Canadian Hydrogen Intensity Mapping Experiment, or CHIME, telescope, which is located half a continent away in British Columbia, to triangulate the locations of FRBs.

"The CHIME telescope will be making the detection, but the data will be saved from both telescopes, then we can use very long baseline interferometry techniques to really localize where it comes from," Bandura said.

The CHIME telescope is comprised of four cylindrical reflectors, 256 dual-polarized antennas for data collection and an F-engine and X-engine for data processing. To search for FRBs, CHIME continuously scans 1024 separate points on the sky. The new Outrigger telescope will have only one cylinder but will monitor the same area of the sky as the original CHIME telescope.

The development of this program will open the door for additional outriggers to be built later, allowing even sharper localization of radio bursts, and will pave the way for future construction of larger low-cost, high-throughput telescopes for more advanced transient searches and intensity mapping efforts to probe deeper into the cosmos. 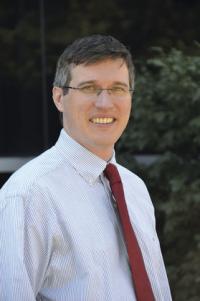