A just-released study by UT Health San Antonio and collaborating institutions shows age-related decreases in blood flow to the brain and memory loss can be modified with the drug rapamycin.

In the study, published Nov. 6 in the journal Aging Cell, researchers began rats on a diet including low-dose rapamycin at 19 months old (past middle age in rat years). Rapamycin treatment in daily food continued until the mice were of advanced age--34 months old--almost double the age they were when they started treatment. "Essentially this is as old as these rats can get. These animals were very old but still, blood circulation in the brain was exactly the same as when they started treatment," said study senior author Veronica Galvan, Ph.D., professor of cellular and integrative physiology at UT Health San Antonio. She is a researcher with the university's Sam and Ann Barshop Institute for Longevity and Aging Studies and Glenn Biggs Institute for Alzheimer's and Neurodegenerative Diseases.

Untreated aged rats in the study mirrored, in general, what is observed in older adults with regards to loss of blood flow to the brain and loss of memory. "In contrast, the old rats treated with rapamycin looked like middle-aged rats in our study," Dr. Van Skike said.

"Aging is the strongest risk factor for dementia, so it is exciting that rapamycin, a drug known to promote longevity, may also help preserve the integrity of brain circulation and memory performance in older adults," said Sudha Seshadri, M.D., professor of neurology at UT Health San Antonio and director of the Glenn Biggs Institute. "We are already studying the safety of the drug in persons with mild cognitive impairment, a precursor to dementia as a collaboration among Biggs and Barshop researchers."

Aging and the role of TOR

The study team set out to examine older animals that had no engineered disease. "We were looking at just regular aging," Dr. Van Skike said. "These rats had natural cognitive decline that was not provoked by a forced disease process."

The target of rapamycin, known as TOR, is a master controller of cell growth and aging. Dr. Galvan said the study findings provide "very good evidence" that TOR drives loss of synapses and cerebral blood flow during aging. A synapse is a connection between neurons through which the brain sends and receives signals.

The fact rapamycin modified these processes led to this conclusion.

The brain consumes extraordinary amounts of energy but has no metabolic resources to replenish it. Neurons require glucose and oxygen to function, and blood vessels supply it. Recent research of a large population of participants in the Framingham Heart Study, led by Dr. Seshadri, mapped early risk factors in Alzheimer's disease and indicated the first factor is impaired cerebral blood flow.

Research collaborator Steven Austad, Ph.D., of the University of Alabama at Birmingham contributed a cohort of valuable, extremely old rats for the rapamycin study. 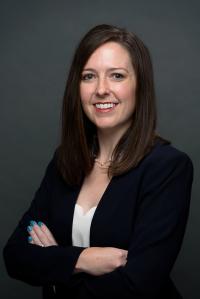 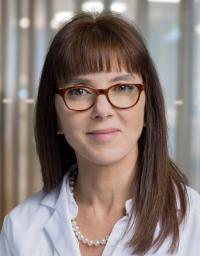