NASA got an inside look at the heavy rainfall within developing Tropical cyclone Eliakim.

The new tropical cyclone that may affect Madagascar in a few days has been generating an impressive rate of rain. The Global Precipitation Measurement mission or GPM core satellite analyzed rainfall rates as it passed over the Southern Indian Ocean.

The Joint Typhoon Warning Center (JTWC) has been keeping an eye on an area of convection in the Indian Ocean northeast of Madagascar. A circulation center had already been observed as the low pressure area continued strengthening in an area of low vertical wind shear and warm sea surface temperatures. Early on March 14, Tropical cyclone Eliakim developed.

NASA's GPM core observatory satellite viewed the latest forming tropical cyclone when it flew over the Indian Ocean northeast of Madagascar on March 14, 2018 at 0228 UTC (March 13 at 10:28 p.m. EDT).

GPM's radar probes of the large convective band wrapping around the eastern side of the forming tropical cyclone indicated that rain was dropping at a rate of over 207 (8.1 inches) per hour.

GPM is joint satellite mission of NASA and the Japan Aerospace Exploration Agency or JAXA.

At NASA's Goddard Space Flight Center in Greenbelt, Maryland, data from GPM was used to create a 3-D flyby animation. The GPM data were used to estimate cloud top heights that were calculated by blending data collected by GPM's radar (DPR Ku Band) with cloud top heights based on temperatures from the METEOSAT satellite's infrared image. GPM's DPR discovered that cloud tops were reaching higher than 16 km (9.9 miles) in the strong convective rain bands east of the forming tropical cyclone's center of circulation.

Eliakim is moving southwest while intensifying to a strong tropical storm with expected maximum sustained winds near 69 mph (60 knots/11 kph). The storm is forecast to make landfall in northeastern Madagascar before turning southeast.

Northern Madagascar is under a Yellow Alert. For forecast updates from Madagascar's Meteorological Service, visit: http://www.meteomadagascar.mg/. 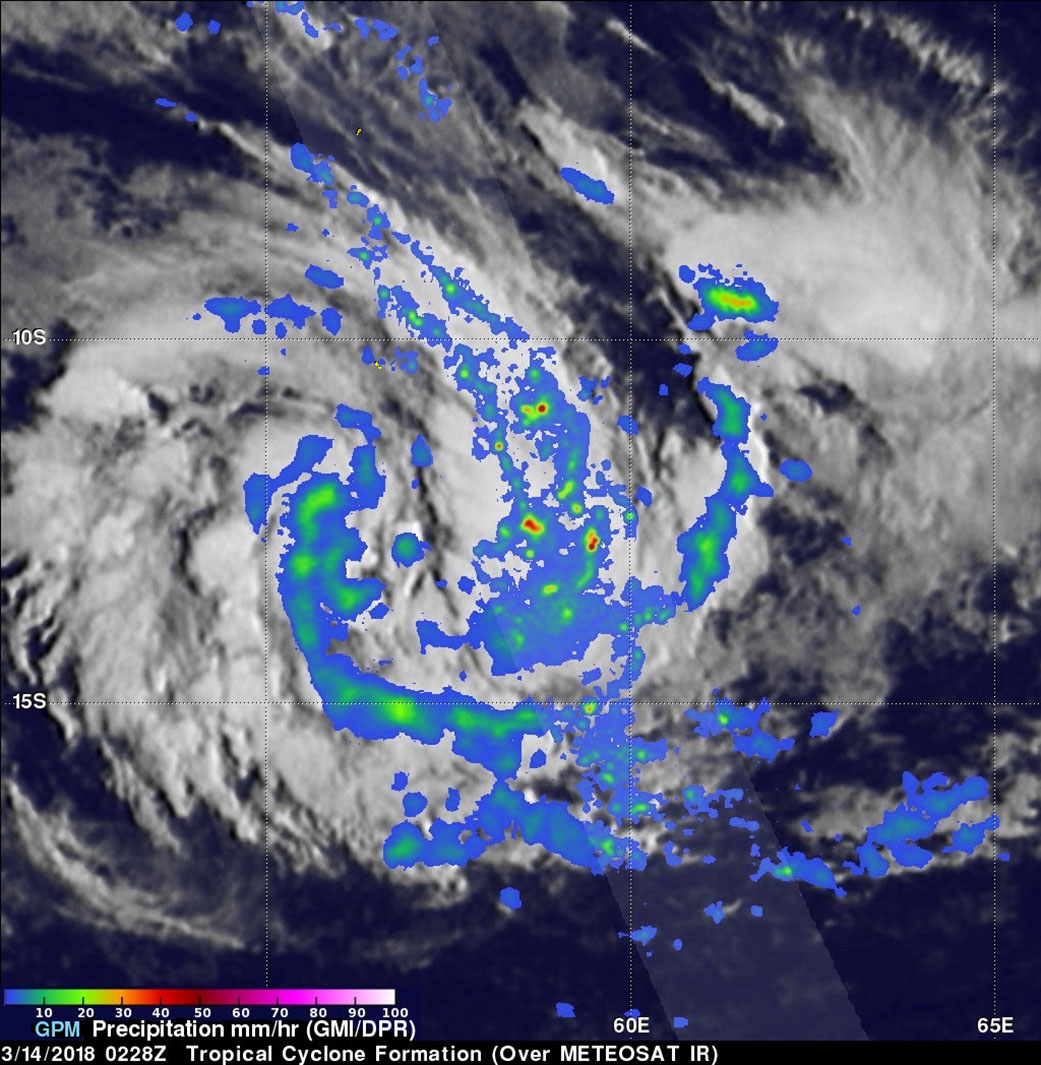