In terms of diversity and sheer numbers, the microbes occupying the human gut easily dwarf the billions of people inhabiting the Earth. Numbering in the tens of trillions and representing many thousands of distinct genetic families, this microbiome, as it's called, helps the body perform a variety of regulatory and digestive functions, many still poorly understood.

How this microbial mélange may be linked to body weight changes associated with morbid obesity is a relevant and important clinical question that has received recent attention. Now, a new study suggests that the composition of microbes within the gut may hold a key to one cause of obesity—and the prospect of future treatment.

In the January 19 early online edition of the Proceedings of the National Academy of Science, researchers at Arizona State University's Biodesign Institute in collaboration with colleagues at the Mayo Clinic, Arizona, and the University of Arizona, reveal a tantalizing link between differing microbial populations in the human gut and body weight among three distinct groups: normal weight individuals, those who have undergone gastric bypass surgery, and patients suffering the condition of morbid obesity—a serious, often life-threatening condition associated with diabetes, cardiovascular disease, cancer and psychosocial disorders. Obesity affects around 4 million Americans and, each year, some 300,000 die from obesity-related illness.

A collaboration aimed at uncovering the links between the microbial composition of the human gut and morbid obesity began when Dr. John DiBaise, a gastroenterologist at the Mayo Clinic, Arizona, became interested in both the underlying mechanisms of obesity and plausible alternatives to gastric bypass surgery—still the only reliable long-term treatment for the extremely overweight.

DiBaise turned to Bruce Rittmann, Ph.D., an environmental engineer and a member of National Academy of Engineering, whose Center for Environmental Biotechnology uses its expertise to examine microbial populations important for cleaning up pollutants and generating renewable bioenergy. Rittmann invited Rosa Krajmalnik-Brown, assistant professor of civil and environmental engineering, to collaborate and apply her microbial ecology expertise to this project. The three researchers were able to leverage seed funding from the Mayo Clinic and ASU so that they could combine their respective talents. DiBaise recruited 9 middle-aged volunteers in three groups—normal weight, morbidly obese and following gastric bypass surgery—to participate in the study.

The research team's central hypothesis is that differing microbial populations in the gut allow the body to harvest more energy, making people more susceptible to developing obesity. These small differences can, over time, profoundly affect an individual's weight. Supporting this view is the study's confirmation that the microbial composition among obese patients appears significantly altered compared with both normal weight individuals and those who have undergone gastric bypass surgery.

To tease out the microbial human gut composition, Husen Zhang, a postdoctoral scholar working with Rittmann and Krajmalnik-Brown, used an advanced DNA sequencing technology and sophisticated ecological tools. The team examined 184,094 gene sequences of microbial 16S rRNA, a molecular structure which provides a characteristic fingerprint for microbial identification. The analysis was conducted with the assistance of University of Arizona's Rod Wing at the Bio5 Institute, using a novel sequencing technique known as 454-pyrosequencing, which allows a significantly larger number and greater diversity of gut microbia to be identified.

The group's latest findings represent the first investigation of gut microbiota from post-gastric-bypass patients to date.

By examining a specific region of the 16S rRNA gene known as V6—PCR amplified from the stool samples of the 9 test subjects—the researchers were able to classify a zoo of microorganisms, which fell into 6 broad categories, with two bacterial phyla, the bacteroidetes and firmicutes, predominanting.

The resulting composition of gut microbiota in the three gastric bypass patients differed substantially and in potentially important ways from obese and normal weight individuals. This means the drastic anatomical changes created by gastric bypass surgery appear to have profound effects on the microorganisms that inhabit the intestine. This change may be part of the reason that gastric-bypass surgery is the most effective means to treat obesity today.

The team's study is the first molecular survey of gut microbial diversity following surgical weight loss, and has helped solidify the link between methane producing microbes and obesity. Specifically, the microbial populations extracted from obese individuals were high in a particular microbial subgroup, hydrogen-producing bacteria known as prevotellaceae. Further, such hydrogen producers appear to coexist with hydrogen-consuming methanogens, found in abundance in obese patients, but absent in both normal weight and gastric bypass samples. Unlike the hydrogen producers, however, these methane-liberating hydrogen consumers are not bacteria. They belong instead to the third great microbial domain—the Archaea, (with Eukarya and Bacteria making up the other two).

During the course of digestion, calories are extracted from food and stored in fat tissue for later use—a process delicately regulated by the multitude of microbial custodians. The intermediary products of the digestive process include hydrogen, carbon dioxide and several short chain fatty acids (SCFAs).

Results suggest a cooperative co-existence in obese individuals between hydrogen-producers and hydrogen consuming methanogens. Rittmann explains how this mutually reinforcing relationship, known as syntrophy, may contribute to obesity:

The methanogen offramps, by removing hydrogen, accelerate the efficient fermentation of otherwise indigestible plant polysaccharides and carbohydrates. The effect is to boost production of SCFAs, particularly acetate, which will be taken up by the intestinal epithelium and converted to fat. The result over time may be increasing weight, eventually leading to obesity.

While weight regulation involves a complex interplay of genetic predisposition, exercise, eating habits, and other factors, manipulation of the gut's microflora, particularly the methanogenic Archaea, may provide additional avenues for the treatment of morbid obesity.

The researchers stress that the study is preliminary, but were encouraged by the findings from their small sample. Future investigation is needed to establish the differences in composition of gut microbiota across different age groups and under varying weight-loss regimens involving diet and exercise. Nevertheless, the study's findings point to new avenues for modifying the body's energy harvesting efficiency—perhaps by manipulation of the Bacteria-Archaea nexus.

About the Biodesign Institute at ASU

Mayo Clinic is the first and largest integrated, not-for-profit group practice in the world. As a leading academic medical center in the Southwest, Mayo Clinic focuses on providing specialty and surgical care in more than 65 disciplines at its outpatient facility in north Scottsdale and at Mayo Clinic Hospital. The 244-licensed bed hospital is located at 56th Street and Mayo Boulevard (north of Bell Road) in northeast Phoenix, and provides inpatient care to support the medical and surgical specialties of the clinic, which is located at 134th Street and Shea Boulevard in Scottsdale. For more information, go to: www.mayoclinic.org/scottsdale/ 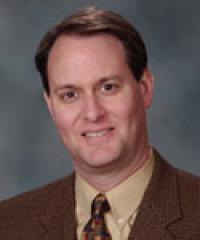 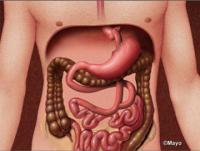