Fishing activities can provoke volatile fluctuations in the populations they target, but it’s not often clear why. A new study published in the journal Nature by scientists at Scripps Institution of Oceanography at UC San Diego and colleagues has identified the general underlying mechanism.

Research led at Scripps with a distinguished team of government and international experts (including two chief scientific advisors to the United Kingdom) demonstrates that fishing can throw targeted fish populations off kilter. Fishing can alter the “age pyramid” by lopping off the few large, older fish that make up the top of the pyramid, leaving a broad base of faster-growing small younglings. The team found that this rapidly growing and transitory base is dynamically unstable—a finding having profound implications for the ecosystem and the fishing industries built upon it.

“The data show that fished species appear to be significantly more nonlinear and less stable than unfished species,” said Professor George Sugihara of Scripps. “We think the mechanism involves systematic alteration of the demographic parameters—and especially increases in growth rates that magnify destabilization in many ways—which can happen as fishing truncates the age structure.”

Imagine a container of water with a 500-pound fish. With food, it grows a little bigger. Without food it gets a bit smaller. Imagine the same container with 500 one-pound fish. They eat, reproduce and the resulting thousands of fish boom, quickly outstripping the resources and the population crashes. These many smaller fish—with the same initial “biomass” as the larger fish—can’t average out the environmental fluctuations, and in fact amplify them through higher turnover rates that promote boom and bust cycles.

The study that included academic and government scientists from Alaska, Asia and Great Britain is based on data from the California Cooperative Oceanic Fisheries Investigations (CalCOFI), a program based at Scripps that has monitored fish and oceanographic activities of the California Current for more than 50 years. To arrive at their results, the researchers compared the CalCOFI records of larvae, a key indicator of adult populations, of both fished and non-fished species in the California Current.

“That type of regulation, which we see in many sport fisheries, is exactly wrong,” said Sugihara. “It’s not the young ones that should be thrown back, but the larger, older fish that should be spared. Not only do the older fish provide stability and capacitance to the population, they provide more and better quality offspring.”

Thus the danger, according to Sugihara, is that current policies that manage according to current biomass targets (without significant forecast skill) while ignoring fish size pose risks that can further destabilize the population. This instability can in principle propagate systemically to the whole ecosystem, much like a stock market crash or a domino effect, and magnify risk for the fishing industry itself as well as those of ecologically related fisheries.

This is especially true when trying to rebuild fish stocks, Sugihara says.

“This may be the most important implication of this work, as we attempt to rehabilitate fisheries,” said Sugihara. “Regulations based solely on biomass harvest targets are incomplete. They must also account for age-size structure in the populations,” he said. “Current policies and industry pressures that encourage lifting bans on fishing when biomass is rehabilitated—but where maximum age and size are not—contain risk.”

This is currently the case with Atlantic swordfish, for which industry pressures to resume fishing are based on the restoration of historic biomass levels, even though the swordfish are clearly undersized.

“In the extreme case, the danger of such unstable dynamics for certain populations for management is that harvest targets may lag the population, potentially making things worse,” said Sugihara. “A high harvest target may be set after an especially abundant period when the population may be poised to decline on it’s own. Likewise future abundant periods may represent missed opportunities, despite current low abundances. As senior officials of the Canadian Department of Fisheries and Oceans have said, ‘we are often a year behind in our stock projections.’”

Sugihara cautioned that nonlinearity is not unique to fished species. Nonequilibrium overshooting and undershooting occurs in unexploited stocks, but to a lower extent. Therefore, classical single-species population models that require equilibrium are unlikely to be very successful in stock forecasts, except perhaps in the very short term.

"Other methods that do not rely on these assumptions may be more promising," suggests Christian Anderson, paper co-author.

The research was supported by NOAA Fisheries and the Environment program, The MacQuown Chair of Natural History, The Deutsche Bank – Jameson Complexity Studies Fund, the Sugihara Family Trust and the Kyoto University grant for Biodiversity Research of the 21st Century.

Scripps Institution of Oceanography, at UC San Diego, is one of the oldest, largest and most important centers for global science research and graduate training in the world. The National Research Council has ranked Scripps first in faculty quality among oceanography programs nationwide. Now in its second century of discovery, the scientific scope of the institution has grown to include biological, physical, chemical, geological, geophysical and atmospheric studies of the earth as a system. Hundreds of research programs covering a wide range of scientific areas are under way today in 65 countries. The institution has a staff of about 1,300, and annual expenditures of approximately $155 million from federal, state and private sources. Scripps operates one of the largest U.S. academic fleets with four oceanographic research ships and one research platform for worldwide exploration. 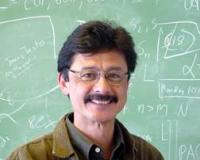