CHAMPAIGN, Ill. -- Compared with adults, children and adolescents are less sensitive to the sweet taste and need 40% more sucrose in a solution for them to detect the taste of sugar, a new study found.

Along with higher taste-detection thresholds, both children and adolescents prefer significantly more concentrated levels of sweetness than adults.

"Both of these dimensions of sweet-taste perception ­- sensitivity and preference - undergo distinct developmental trajectories from childhood to adulthood," said M. Yanina Pepino, a professor of food science and human nutrition at the University of Illinois, Urbana-Champaign, who co-wrote the study. "However, they did so independently, and we found no association between the two."

The study included 108 children, 172 adolescents and 205 adults, who ranged in age from 7-67. The National Institutes of Health and the American Diabetes Association supported the research, conducted at the Monell Center in Philadelphia and Washington University in St. Louis.

Julie A. Mennella of the Monell Chemical Senses Center co-wrote the study, published in the journal Nutrients.

"While children's lower sensitivity required higher sucrose concentrations for them to detect the taste, participants' sweet-taste sensitivity did not predict the level of sweetness they preferred," said co-author Julie A. Mennella of the Monell Chemical Senses Center.

"To illustrate these age-related differences in taste sensitivity, we estimated the number of 8-ounce glasses of water in which 4 grams of sucrose - the equivalent of one sugar cube - could be dissolved and participants in each age group could start detecting the sweet taste."

Consistent with prior studies, the researchers found that children preferred more intense sweetness than did adults.

Adults favored levels of sweetness similar to a typical cola soft drink, which contains the equivalent of about eight sugar cubes in an 8-ounce glass of water, Mennella said. Children and adolescents preferred a 50% higher sucrose concentration - equivalent to about 12 sugar cubes in 8 ounces of water.

Published in the journal Nutrients, the study built upon and combined data from the researchers' previous research.

"Using the same sensory evaluation methods we used here to measure sucrose preferences, we found previously that the binding potential of dopamine receptors in the striatum, a brain area that encodes the value of rewards, decreased with age - and predicted, independently of age, the most preferred sucrose concentration in healthy young adults," Pepino said.

The researchers hypothesized that the changes in sucrose taste sensitivity and preferences that occur during adolescence may result from distinct developmental trajectories with different underlying mechanisms.

"For example, developmental changes in taste sensitivity may be secondary to changes in the anatomy of the mouth and saliva composition, whereas changes in sweet-taste preferences may be the consequences of changes in the activity and morphology of the brain reward system," Pepino said.

U. of I. students Sara Petty and Clara Salame also co-wrote the study. 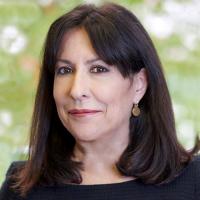 Julie A. Mennella, University of Illinois at Urbana-Champaign