Rockville, Md. (April 27, 2021)--People who self-report daytime sleepiness were found to have shorter telomeres regardless of whether they had obstructive sleep apnea, according to a new study from researchers at the Mayo Clinic in Rochester, Minnesota. The findings will be presented virtually at the American Physiological Society's (APS) annual meeting at Experimental Biology 2021.

Telomeres protect DNA from biological stressors, and shortened telomeres are associated with multiple cardiovascular diseases, according to the research team. This study found people reporting daytime sleepiness had similar telomere length compared to those without sleepiness; however, obstructive sleep apnea influences telomere length and was more prevalent in the sleepy group. When the researchers matched individuals between groups for the presence of sleep apnea, among other variables (e.g., age, weight), they found sleepy people without sleep apnea had shorter telomeres compared to those without sleepiness. In addition, there were no differences in telomere length between sleepy and non-sleepy individuals with sleep apnea. In essence, the study concluded daytime sleepiness was found to be linked to telomere shortening in the absence of sleep apnea.

Researchers are hopeful additional study will lead to reducing the rate of telomere shortening or reversing it altogether, which will could lower cardiovascular risk in people who report daytime sleepiness.

NOTE TO JOURNALISTS: To schedule an interview with a member of the research team, and/or request the abstract, "Self-reported daytime sleepiness is associated with telomere shortening," please contact the APS Communications Office or call 301.634.7314. Find more research highlights in the APS Newsroom.

Experimental Biology is the annual meeting of five societies that explores the latest research in physiology, anatomy, biochemistry and molecular biology, investigative pathology and pharmacology. With a mission to share the newest scientific concepts and research findings shaping clinical advances, the meeting offers an unparalleled opportunity for global exchange among scientists who represent dozens of scientific areas, from laboratory to translational to clinical research.

About the American Physiological Society

Physiology is a broad area of scientific inquiry that focuses on how molecules, cells, tissues and organs function in health and disease. The American Physiological Society connects a global, multidisciplinary community of more than 10,000 biomedical scientists and educators as part of its mission to advance scientific discovery, understand life and improve health. The Society drives collaboration and spotlights scientific discoveries through its 16 scholarly journals and programming that support researchers and educators in their work. 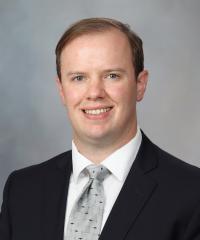