Scientists have pinpointed a new source of nitrous oxide, a greenhouse gas that's more potent than carbon dioxide. The culprit?

The new discovery, led by Michigan State University (MSU) researchers and funded by the National Science Foundation (NSF), is featured in the current issue of the journal Nature Geoscience.

"This study looked at the geometry of pores in soils as a key variable that affects how nitrogen moves through those soils," said Enriqueta Barrera, program director in NSF's Division of Earth Sciences, which funded the research. "Knowing this information will lead to new ways of reducing the emission of nitrous oxide from agricultural soils."

"Most nitrous oxide is produced in teaspoon-sized volumes of soil, and these so-called hotspots can emit a lot of nitrous oxide quickly," said Sasha Kravchenko, an MSU plant, soil and microbial scientist and lead author of the study. "But the reason for these hotspots has mystified soil microbiologists since they were discovered several decades ago."

Part of the vexation was due, in part, to scientists looking at larger spatial scales. It's difficult to study and label an entire field as a source of greenhouse gas emissions when the source is grams of soil harboring decomposing leaves.

Changing the view from binoculars to microscopes will help improve nitrous oxide emission predictions, which traditionally are about 50 percent accurate, at best.

To unlock the secrets of nitrous oxide hotspots, Kravchenko and her team took soil samples at NSF's Kellogg Biological Station Long-term Ecological Research (LTER) site. The site is one of 28 NSF LTER sites that span ecosystems from grasslands to deserts, coral reefs to the open sea.

In partnership with scientists from the University of Chicago at Argonne National Laboratory, Kravchenko examined the soil samples at Argonne's synchrotron scanning facility, a more powerful version of a medical CT scanner.

The scanner penetrated the soil and allowed the team to accurately characterize the environments where nitrous oxide is produced and emitted.

"We found that hotspot emissions happen only when large soil pores are present," Kravchenko said. "Leaf particles in soil act as tiny sponges, soaking up water from large pores to create a micro-habitat perfect for the bacteria that produce nitrous oxide."

Small pores, such as those in clay soils, hold water more tightly so leaf particles can't soak it up. Without additional moisture, the bacteria can't produce as much nitrous oxide. Small pores also make it harder for the gas produced to leave the soil before being consumed by other bacteria.

Next up, the researchers will study which plant leaves contribute to higher nitrous oxide emissions. Plants with more nitrogen in their leaves, such as soybeans, will likely give off more nitrous oxide as their leaves decompose. The scientists will also look at leaf and root characteristics to see how they influence emissions.

Additional MSU scientists who were part of the study include: Ehsan Toosi, Andrey Guber, Nathaniel Ostrom and Phil Robertson. Researchers from Khyber Pakhtunkhwa Agricultural University in Peshawar, Pakistan, and the Argonne National Lab also contributed to this paper. 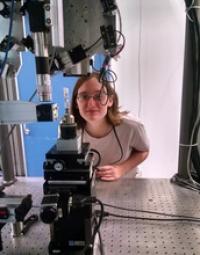