This release is available in Arabic, French, Japanese, Spanish, Swedish, and Chinese.

Pharmaceutical drugs that end up in the world's waterways after being excreted, flushed and treated at wastewater treatment plants may lead to unexpected ecological impacts, according to a new study of wild European perch. Tomas Brodin and colleagues from Umeå University in Sweden discovered that the fish ate faster, became bolder and acted less social after being subjected to an anxiety-moderating drug, known as Oxazepam.

The psychiatric drug is used to treat anxiety in humans. But, Oxazepam residues often wind up in natural aquatic systems, downstream from sewage treatment plants, where their effects on ecosystems have been unknown. Now, Brodin and the other researchers have dosed wild perch with amounts of Oxazepam equivalent to those found in Sweden's rivers and streams, and their results suggest that even small amounts of the drug can alter the behavior and the foraging rates of these fish.

The related report appears in the 15 February issue of the journal Science, which is published by AAAS, the nonprofit science society.

"While alone, fish that were exposed to Oxazepam dared to leave safe refuge and enter novel, potentially dangerous areas," explained Brodin. "In contrast, unexposed fish stayed hidden in their refuge. The exposed fish seemed much less stressed and scared, behaving calmer and bolder."

Perch that were exposed to the drug also devoured their food quicker than unexposed fish—a behavioral quirk that the researchers say could alter the composition of species in the water and lead to ecological events, such as increased algal blooming, over time. Since fish are generally integral pieces of their food webs, changes in their eating patterns could disturb ecological balances, according to the researchers.

The fish that were given Oxazepam during the study also became anti-social, distancing themselves from other perch and putting themselves at greater risk of predation. "Perch that were exposed to Oxazepam lost interest in hanging out with the group, and some even stayed as far away from the group as possible," explained Brodin.

The fish in the study accumulated concentrations of the drug in their muscle tissues that were comparable to those found in wild fish, according to the researchers. So it's likely that the fish in Sweden's surface waters, many of which are being exposed to similarly diluted doses of Oxazepam, may be experiencing changes in their behavior and feeding rates as well, they say.

This study by Brodin and his colleagues singled out a particular psychiatric drug that has been found in natural systems. But, a veritable cocktail of drugs can be found in waterways worldwide, making the discovery of Oxazepam's effects on fish that much more important.

More comprehensive studies are needed before general conclusions can be drawn about how such pharmaceutically induced changes to behavior might affect ecosystems, but these current findings suggest that the concentrations of Oxazepam in Sweden's surface waters could have unexpected ecological and evolutionary consequences over time.

"The solution to this problem isn't to stop medicating people who are ill but to try to develop sewage treatment plants that can capture environmentally hazardous drugs," concluded Jerker Fick, a co-author of the Science report, in a press release from Umeå University.

The report by Brodin et al. was supported by a Young Researcher Award from Umeå University, the Swedish Research Council Vetenskapsrådet and FORMAS, and a small starting grant from the strong research environment "The environment's chemistry—from molecules to the ecosystem."

The American Association for the Advancement of Science (AAAS) is the world's largest general scientific society, and publisher of the journal, Science as well as Science Translational Medicine and Science Signaling. AAAS was founded in 1848, and includes some 261 affiliated societies and academies of science, serving 10 million individuals. Science has the largest paid circulation of any peer-reviewed general science journal in the world, with an estimated total readership of 1 million. The non-profit AAAS is open to all and fulfills its mission to "advance science and serve society" through initiatives in science policy; international programs; science education; and more. For the latest research news, log onto EurekAlert!, www.eurekalert.org, the premier science-news Web site, a service of AAAS. 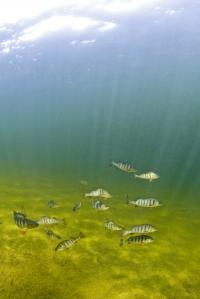