A comparison of healthy and unhealthy bee colonies points to a virus contributing to Colony Collapse Disorder (CCD), according to a report being published by the journal Science, at the Science Express web site, on 06 September. Science is published by AAAS, the nonprofit science society.

“Our extensive study suggests that the Israeli Acute Paralysis Virus (IAPV) may be a potential cause of Colony Collapse Disorder,” said W. Ian Lipkin, director of the Center for Infection and Immunity at the Mailman School of Public Health, Columbia University. “Our next step is to ascertain whether this virus, alone or in concert with other factors such as microbes, toxins and stressors, can induce CCD in healthy bees,” he added.

CCD is a puzzling phenomenon occurring in the United States – and possibly other countries where it is not yet confirmed – in which all adult bees disappear from the hive, leaving the honey and pollen behind. Few, if any, dead bees are found around the hive.

Between 50 and 90 percent of the commercial honey bee (Apis mellifera) colonies in the United States have been afflicted by CCD, and the disorder is making it difficult for U.S. commercial beekeepers to pollinate crops. About a quarter of beekeeping operations were affected by CCD during the 2006-2007 winter alone.

Researchers including Lipkin and Diana Cox-Foster, entomology professor at Pennsylvania State University, and colleagues have taken a new approach to investigating infectious disease outbreaks. To find the cause of CCD they used a rapid genome sequencing technique called pyrosequencing to catalogue the entire variety of microorganisms that honey bees harbor. After comparing their sequences with known sequences held in public databases, they identified symbiotic and pathogenic bacteria, fungi and viruses found in both healthy and CCD-afflicted colonies.

They tested samples collected over three years across the United States from normal and CCD-affected hives. They also tested royal jelly imported from China, which is fed to bee larvae to start up a new colony, as well as apparently healthy bees imported from Australia, in an attempt to locate a source for an infectious agent. After detailed statistical comparison of all the samples, the molecular signs of Israeli Acute Paralysis Virus appeared to be associated with CCD.

“This research gives us a very good lead to follow, but we do not believe IAPV is acting alone,” said coauthor Jeffery S. Pettis, research leader of the Bee Research Laboratory, United States Department of Agriculture. “Other stressors to the colony are likely involved,” he said. Those stressors could be poor nutrition, pesticide exposure and parasitic mites.

The next research steps include inducing CCD in healthy bees, determining the global distribution of IAPV and CCD and studying bees that appear to be resistant to CCD.

Note to reporters: After the embargo on this research lifts at 2:00 pm US Eastern Time Thursday, 6 September 2007, a related web page will be freely accessible to the public at: http://www.eurekalert.org/bees

The American Association for the Advancement of Science (AAAS) is the world’s largest general scientific society, and publisher of the journal Science (www.sciencemag.org). AAAS was founded in 1848, and serves 262 affiliated societies and academies of science, reaching 10 million individuals. Science has the largest paid circulation of any peer-reviewed general science journal in the world, with an estimated total readership of 1 million. The nonprofit AAAS (www.aaas.org) is open to all and fulfills its mission to “advance science and serve society” through initiatives in science policy; international programs; science education; and more. For the latest research news, log onto EurekAlert!, www.eurekalert.org, the premier science-news Web site, a service of AAAS. 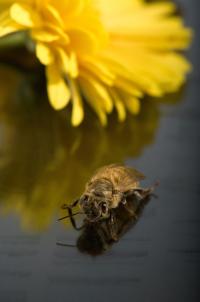 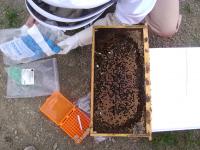