Over the next two days tropical cyclone Carlos is predicted to follow a track between southern Madagascar and La Reunion. Then Carlos is predicted to re-curve toward the southeast. Vertical wind shear is expected to decrease during the next couple days so Carlos may intensify for a while. After a couple of days vertical wind shear and cooler sea surface temperatures are expected to cause Carlos to gradually weaken. 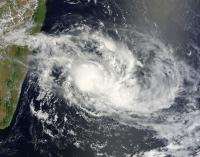 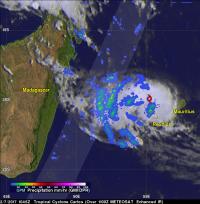