By placing 3D-printed and GPS-enabled decoy sea turtle eggs into nests on the beach, it's possible to gather key evidence needed to expose rampant illegal trade of the eggs, suggests a study publishing in the journal Current Biology on October 5. The researchers specifically tested how well the decoy eggs work and their safety for the endangered turtles.

"Our research showed that placing a decoy into a turtle nest did not damage the incubating embryos and that the decoys work," says lead author Helen Pheasey (@HelenPheasey) of the University of Kent. "We showed that it was possible to track illegally removed eggs from beach to end consumer as shown by our longest track, which identified the entire trade chain covering 137 kilometers."

The egg decoys, dubbed InvestEggator, were developed by the conservation organization Paso Pacifico to address the illegal trade of endangered sea turtles in Central America, where the eggs are smuggled from beaches and sold to restaurants and bars as a delicacy. Paso Pacifico-affiliated scientist Kim Williams-Guillen (@kimwilliamsg) conceived and designed the decoys in response to a call for proposals from the United States Agency for International Development (USAID) Wildlife Crime Tech Challenge. They were looking for projects using technological advances to fight wildlife poaching.

"The idea was kind of an 'Aha' moment," Williams-Guillen says.

It immediately brought to mind two of her favorite TV shows, Breaking Bad and The Wire, which both happened to deal with illegal drug trafficking. "In Breaking Bad, the DEA places a GPS tracking device on a tank of chemicals to see who receives the chemicals," she said. "In one episode of the Wire, two police officers plant an audio device in a tennis ball to surreptitiously record a suspected drug dealer. Turtle eggs basically look like ping pong balls, and we wanted to know where they were going--put those two ideas together and you have the InvestEGGator."

To see how well they'd work in practice, Pheasey and her colleagues put the 3D-printed decoys in 101 turtle nests on four beaches in Costa Rica. A quarter of the fake eggs were taken illegally from the nests, allowing the researchers to track eggs from five clutches, including two green turtle nests and three olive ridley nests.

One of the decoys made it close to a residential property before going silent. Another went two kilometers to a bar. The one that went farthest ended up 137 kilometers inland, spending two days in transit from the beach to a supermarket loading-bay and then on to a residential property. The researchers assume the egg wasn't sold at the market but was rather handed off there, from a trafficker to a salesperson.

They also got some anecdotal reports of cases where someone discovered the decoy. "One decoy went off-line in a residential area near Cariari, a town 43 km from the deployment beach," they wrote. "After 11 days, we received photographs, sent from Cariari, of the dissected egg."

Along with the photos, they got information about where the egg was purchased and how many eggs had been exchanged. The findings show that the decoy eggs already are yielding intelligence from the local community in addition to tracking data, they note.

Pheasey says that the early evidence shows that the majority of stolen eggs don't leave the local area. The finding reaffirmed their suspicions, as well as some local reports that most of the trade takes place close to the nesting beach. "Knowing that a high proportion of eggs remain in the local area helps us target our conservation efforts," Pheasey says. "We can now focus our efforts on raising awareness in the local communities and direct law enforcement to this local issue. It also means we know where the consumers are, which assists us in focusing demand reduction campaigns."

Pheasey says that the key thing isn't to find the people who take the eggs from the beach. To a large extent, that's already known. From a law enforcement perspective, the critical thing is to identify those who are trafficking and selling the eggs, often door to door. "As trafficking is a more serious crime, those handover points are far more valuable from a law enforcement perspective than catching someone taking a nest," Pheasey says.

That's what makes the InvestEGGator such an important tool, according to Williams-Guillen. "But," she adds, "it really must be used in the context of a multi-pronged conservation approach that uses education, building better economic opportunities, and enforcement to help fight sea turtle egg poaching."

The researchers say they'd like to see more sea turtle projects use the decoys on their nesting beaches. Such efforts could shed light on differences in the turtle egg trade in different countries. In addition to continuing to improve the technology and its deployment, they're also interested in expanding the technology to other species--for example, Paso Pacifico plans to work with Costa Rican scientists to adapt the transmitter for use in tracking shipments of shark fins. They are also considering its use in tracking the theft of eggs from parrot nests.

This work was supported by USAID Wildlife Crime Tech Challenge and supporters of Turtle Tracks. 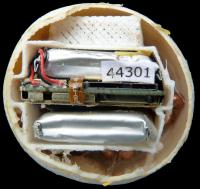 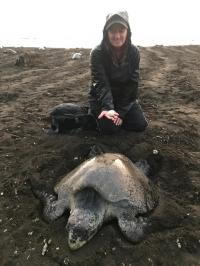