Increasing ground temperatures in the Arctic are indicators of global climate change, but until recently, areas of cold permafrost were thought to be relatively immune to severe impacts. A new study by Antoni Lewkowicz, a professor in the Department of Geography, Environment and Geomatics at the University of Ottawa and published in the journal Nature Communications, however, shows that areas of cold permafrost can be vulnerable to rising summer temperatures.

Using a set of satellite images from the Google Earth Engine Timelapse dataset, Professor Lewkowicz and his co-author Robert Way recorded an astounding sixty-fold increase in the number retrogressive thaw slumps - landslides caused by the melting of the ice in the permafrost - on Banks Island over the past three decades. In 1984, there were about 60 active thaw slumps on the island. In 2013, there were more than 4,000, including about 300 initiated within Aulavik National Park. Overall, the area impacted by active slumping is now equivalent to that of the Island of Manhattan.

The analyses show that 85% of new landslides on Banks Island formed after four particularly hot summers (1998, 2010, 2011 and 2012), which caused the topmost layer of the permafrost to thaw. With global warming and rising temperatures, Professor Lewkowicz predicts a further increase in retrogressive thaw slumps: even under a relatively conservative scenario, there could be 10,000 new slumps per decade on Banks Island alone. Since these thaw slumps can keep growing for decades, Lewkowicz calculates that this could mean the island alone could be home to a staggering 30,000 active landslides in any future year.

The massive amount of sediment created by the slumps has choked some river valleys and affected more than 250 lakes on the island. According to Professor Lewkowicz, the impact on aquatic ecosystems and fish populations are unknown because there are no baseline data for the areas affected. Thaw slumps disturb ecosystems for extended periods and also release previously frozen organic material that will break down into carbon dioxide or methane, increasing greenhouse gas emissions into the atmosphere and causing further global warming.

The researchers were not the only ones to notice these dramatic changes. Residents of Sachs Harbour, a small Inuvialuit community on the island, had observed them first-hand. Thaw slumps and other landslides have affected their movements in certain parts of the island, making it harder to go hunting or fishing.

"We cannot stop thousands of thaw slumps once they start. We can only make changes in our own lives to reduce our carbon footprint and we can encourage our politicians to take the necessary measures to help reduce our greenhouse gas emissions," concludes Lewkowicz. "So that future warming is as limited as possible."

A slippery slope: How climate change is reshaping the Arctic landscape 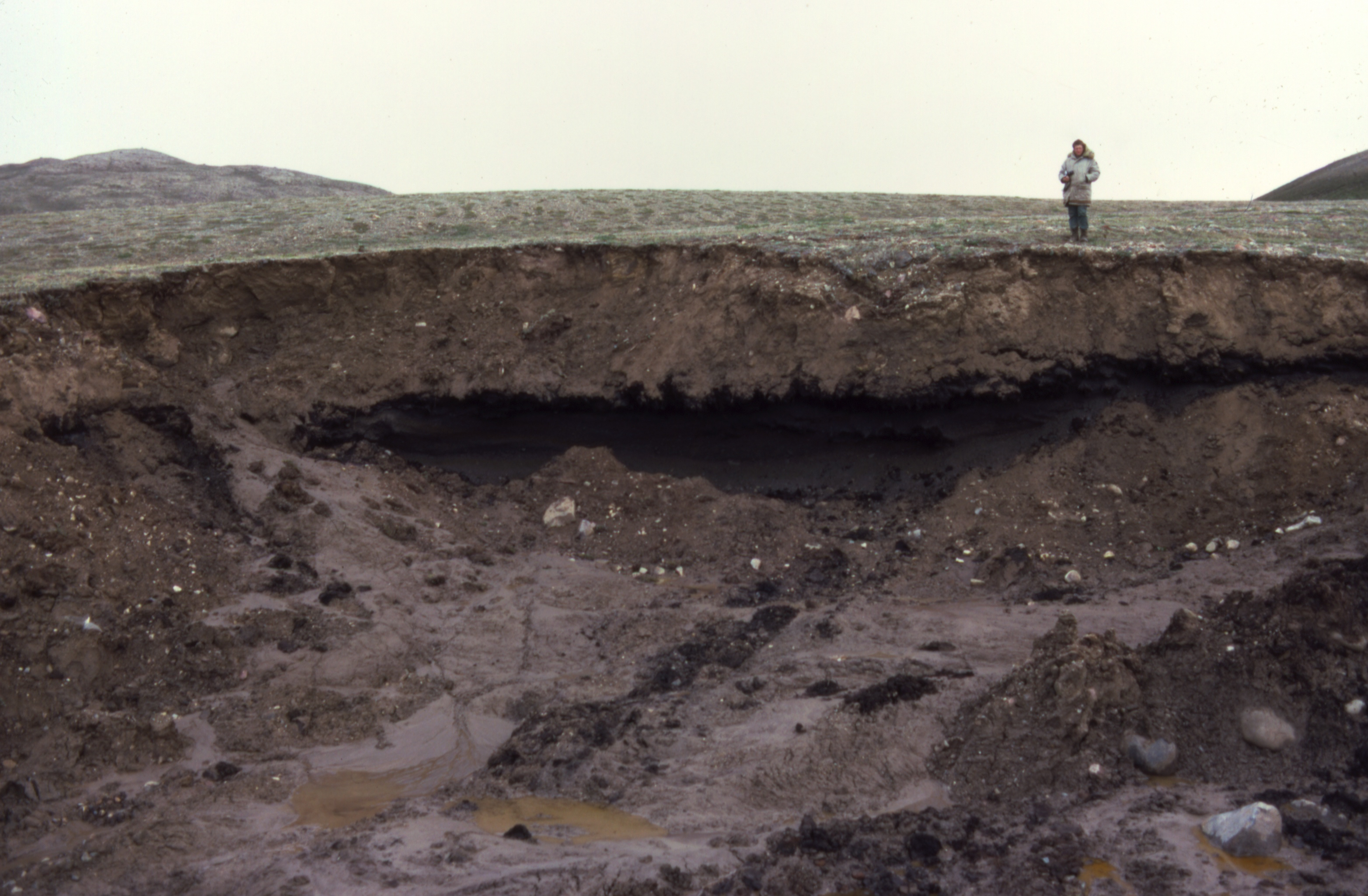