Children conceived with assisted reproductive techniques including in vitro fertilization (IVF) have a somewhat higher mortality risk during their first weeks of life than children conceived naturally, according to a study by researchers at Karolinska Institutet in Sweden published in the journal Fertility and Sterility. The researchers link the increased risk to a higher degree of premature births in IVF children and emphasize that the risk of infant mortality is still very small for both groups. Beyond 1 year of age, the risk of mortality was similar for all children regardless of conception method.

"It is important to note that even if we on a group level can see a somewhat increased risk of infant mortality after IVF, the absolute risk for each individual is still very small," says Kenny Rodriguez-Wallberg, associate professor at the Department of Oncology and Pathology at Karolinska Institutet and the corresponding author. "It is also reassuring to know that there is no increased risk of mortality in this group of children beyond the first year of life."

More and more women seek help to become pregnant and the achieving of pregnancies made possible with assisted reproductive techniques have increased in recent years. In most cases, these pregnancies have a happy outcome with a healthy baby. Prior studies show, however, that IVF-pregnancies come with an increased risk of low birth weight, prematurity and birth defects. These risks have partly been linked to the increased probability of twin-births after IVF-treatment.

In total, 7 236 children died before 1 year of age, of whom only 114 were conceived with assisted reproductive techniques. After adjusting for confounding factors such as the mother's age and earlier infertility, the researchers found that the children conceived through IVF had a 45 percent higher risk of death before 1 year of age than children conceived naturally. The level of risk varied depending on which type of assisted reproductive technique was used, and how many days had passed since birth. The risk gradually declined after the first weeks of life.

"Our results indicate that the kind of assisted reproductive technique used may make a difference, and therefore it is important to further investigate what causes or underlying mechanisms are behind the risks," says Anastasia Nyman Iliadou, associate professor at the Department of Medical Epidemiology and Biostatistics at Karolinska Institutet and senior lead author. "They also show the need for extra attention and care of children conceived with IVF, especially during the first week of life."

According to the researchers, one explanation may be that more IVF-children are born prematurely than those conceived naturally, which in itself could have negative consequences. It is also possible that the underlying infertility leads to a higher risk of complications. The leading causes of infant mortality among children conceived with assisted reproductive techniques included respiratory distress, incomplete lung development, infections and neonatal hemorrhage, which are conditions often linked to prematurity.

Funding for this study was provided by the EU-FP7 Health program, the Swedish Research Council, the Strategic Research Program in Epidemiology at Karolinska Institutet, the Stockholm County Council and Karolinska University Hospital. 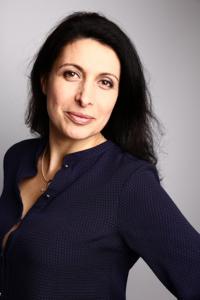