Finding their young dead in the nest is not uncommon for bird mothers. In many bird species some of the nestlings die before they leave the nest. This is known as "brood reduction", a common form of infanticide that the parents are to blame.

On the other hand, witnessing a perpetrator killing their young is a very rare event for avian mothers. There have been suspected cases and some observations of this "non-parental infanticide" in birds, but direct recordings of these occasions have been rare. A group of researchers from the Laboratory of Behavioral Ecology and Evolution at the Seoul National University found a striking incidence of infanticide in the black-billed magpie, one of common garden birds in Eurasia, and their findings are published in Journal of Ethology. "It all started on the 1st of May 2010 with a nestling found alive on the ground." recalls Dr. Sang-im Lee, the leader of the magpie research group. This nestling was heavily injured on the head and the wings, and there were two more dead siblings on the ground near the nest. The researchers thought that the nestlings fledged too early and the two "unprepared" siblings died in the process. However, when the researchers retrieved video recording from the nest, there were shocking scenes of an adult magpie attacking and killing the nestlings. There were originally 6 nestlings in the nest, but they all were killed or evicted from the nest by the perpetrator during the four days of infanticidal events. Dr. Lee added "we have been recording magpies' nests since 2007 and this is the only case of infanticide out of 58 nests."

Who did this horrible thing? The researchers are pretty sure that it was not any of the parents. The perpetrator did not have any ring or any recognizable marks on the body whereas the father had rings on the leg and the mother had a worn-out tail. In addition, the first appearance of the perpetrator in the video shows very violent fights with the mother inside the nest. "It was more like being Agatha Christie's Poirot or Miss Marple, and there is no hard evidence for this case." says Dr. Lee. Because the perpetrator did not have any recognizable feature, it could have been several perpetrators taking turns to commit infanticide. But if it's just one individual, then the researchers suspect that it's the female parent of the neighbouring nest, whose nest was one hundred meters away from the victims' nest. This tentative conclusion is based on three facts; first, the parents of this neighbouring nest very often had agonistic interactions with the parents of the victim's nest; second, after the infanticide, the parents of the neighbouring nest expanded their territory to include victim's territory; and, finally, the male parent of this neighbouring pair had rings on the legs, so it cannot be him.

Non-parental infanticide has been reported in animals where males mate with several females (like lions killing the cups sired by the previous male), and where the individuals compete severely for a limited amount of resources such as nest site or territory. According to the researchers, this case seems to belong to the latter category because magpies are monogamous, the suspected perpetrator parents remained paired after the infanticide, and the victims' parents totally disappeared from the study area. It could be due to the unusually high density of magpies in this particular population (app. 40 pairs per square kilometers). Since the population is densely packed, the competition for the good territory can be intense. This territory was a good one indeed; it contains a pond where a lot of food items can be found.

What happened to the nestling who was found alive after the tragedy? Kyungseon Seo, the care-taker of this survivor named Boro, recalls the moments of severe epileptic seizures that could have taken Boro's life. Local vet suspects that it's due to the brain damage that Boro might have incurred from repeated pecking at her head by the perpetrator. But luckily, "Boro is completely healthy now and seems totally recovered from the tragedy." says Miss Seo.

The study was conducted in collaboration with Laboratory of Behavior and Ecology, Ewha Womans University and the Centre for Ecological Studies, Polish Academy of Sciences. The article and the videos are freely available to anyone.

A murder in the magpie's nest 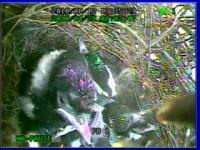 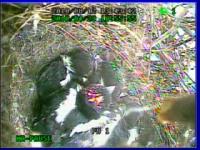 The Perpetrator's Attack: Dragging out a Nestling