Even the most blissful of couples in long-running, exclusive relationships may be fairly clueless when it comes to spotting the ploys their partner uses to avoid dealing with emotional issues, suggests new research from psychologists at Washington University in St. Louis.

"Happier couples see their partners in a more positive light than do less happy couples," said Lameese Eldesouky, lead author of the study and a doctoral student in Psychological and Brain Sciences at Washington University. "They tend to underestimate how often a partner is suppressing emotions and to overestimate a partner's ability to see the bright side of an issue that might otherwise spark negative emotions."

Titled "Love is Blind, but Not Completely: Emotion Regulation Trait Judgments in Romantic Relationships," Eldesouky's presentation of the study was offered Jan. 20 at the 2017 meeting of the Society for Personality and Social Psychology.

Published in the Journal of Personality, the study examines how accurate and biased dating couples are in judging personality characteristics that reflect ways of managing one's emotions.

It focuses on two coping mechanisms that can be difficult to spot due to the lack of related visual cues: expressive suppression (stoically hiding one's emotions behind a calm and quiet poker face) and cognitive reappraisal (changing one's perspective to see the silver lining behind a bad situation).

Participants, ranging in age from 18 to 25 years, were recruited as part of a larger study on emotion in close relationships. Each couple had been dating on an exclusive basis for more than six months, with some together as long as four years.

In a previous study, English and Gross found that men are more likely than women to use suppression with their partners, and that the ongoing use of emotional suppression can be damaging to the long-term quality of a relationship.

"Suppression is often considered a negative trait while reappraisal is considered a positive trait because of the differential impact these strategies have on emotional well-being and social relationships," English said.

"How well you are able to judge someone else's personality depends on your personal skills, your relationship with the person you are judging and the particular trait you are trying to judge," English added. "This study suggests that suppression might be easier to judge than reappraisal because suppression provides more external cues, such as appearing stoic." 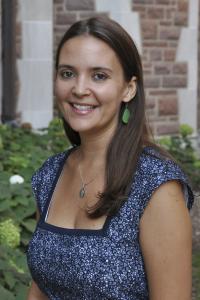