The image that comes to mind when we think of new species being discovered is that of scientists sampling in remote tropical forests, where humans have barely set foot in. However, new species waiting to be discovered can in fact be very close to us, even if we live in a strongly humanized continent like Europe.

Scientists Eduardo Morano, University of Castilla-La Mancha, and Dr Raul Bonal, University of Extremadura, have discovered a new species of spider, formally called Cheiracanthium ilicis, in an area which does not match the image of a pristine habitat at all.

The new species was found in a strongly humanized area in central Spain, specifically, in isolated trees at the borders of cereal fields. These trees, mainly Holm oaks (Quercus ilex), are those remaining of the former oak woodlands that once covered the Iberian Peninsula and which have been cleared for centuries.

The systematic sampling revealed the newly discovered spider had a an exclusive preference for Holm Oaks, as all individuals were collected from the trunks and branches of these trees. Therefore, it was named after this tree's scientific name "ilicis".

While adults measure about a centimetre in body length, juveniles are smaller and have greenish colouration that mimics new oak shoots.

From a conservation perspective, the present study puts forward the need to preserve isolated trees in agricultural landscapes. They are not only a refuge to common forest organisms but to novel species yet to be discovered as well. 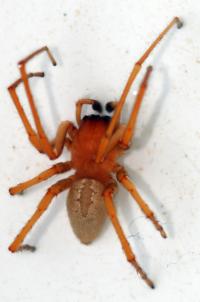 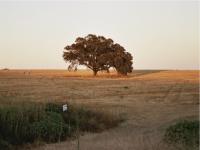