Results from the seven-year study show the first evidence of eradicating the chytrid pathogen Batrachochytrium dendrobatidis (Bd) affecting amphibians in situ. Published today (18 November) in Biology Letters, the paper details the outcome of a project led by scientists from the Zoological Society of London (ZSL), the National Museum of Natural History in Spain (MNCN-CSIC), and Imperial College London.

The study combined antifungal treatment of Mallorcan midwife toad (Alytes muletensis) tadpoles with environmental disinfection. By using an antifungal to treat tadpoles and a common laboratory decontaminant to sterilise the environment, researchers were able to clear infection from populations of the toad over the research period.

Co-author Dr Trenton Garner, Reader within ZSL's Institute of Zoology, said: "This study represents a major breakthrough in the fight against this highly-destructive pathogen; for the first time we have managed to rid wild individuals of infection for a continued period.

"Amphibian-associated chytrid fungi are a critical conservation issue that requires simple, straightforward and transferrable solutions. Our study is a significant step towards providing these."

Dr Jaime Bosch, Senior Researcher at MNCN-CSIC, added: "This is the first time that chytrid has ever been successfully eliminated from a wild population - a real positive which we can take forward into further research to tackle this deadly disease. Chytrid is a global issue which affects amphibian populations worldwide, and I am proud to be part of a team of leading institutions at the forefront of this pioneering research working towards a solution."

Chytrid fungal infections causing amphibian mass mortality were first identified at the end of the 20th century by a consortium of scientists, including ZSL researchers.

Founded in 1826, the Zoological Society of London (ZSL) is an international scientific, conservation and educational charity whose mission is to promote and achieve the worldwide conservation of animals and their habitats. Our mission is realised through our ground-breaking science, our active conservation projects in more than 50 countries and our two Zoos, ZSL London Zoo and ZSL Whipsnade Zoo. For more information visit http://www.zsl.org.

ZSL scientists and collaborators first identified lethal infection with chytrid fungi killing amphibians in the late 1990s and have since worked continuously to identify under what circumstances these fungi may cause mortality and amphibian decline. ZSL veterinarians and researchers have been at the forefront of developing strategies for limiting the spread of chytrid amongst amphibians ever since. This study combined approaches developed over many years in situ with the long-standing research collaborations with Imperial College and the MNCN-CSIC to mitigate infection in the Red-Listed Mallorcan midwife toad (Alytes muletensis).

Spain's National Museum of Natural History (MNCN), part of the Spanish Research Council (CSIC), is an outstanding scientific institution in the field of natural history. The institution has more than 70 researchers working in areas ranging from the paleobiology and geology, to ecology and climate change, including environmental biology and biodiversity. The National Museum of Natural History is also a place devoted to scientific evidence, and organises exhibitions and workshops among other activities. For more information visit http://www.mncn.csic.es/.

Imperial College London is one of the world's leading universities. The College's 14,000 students and 7,500 staff are expanding the frontiers of knowledge in science, medicine, engineering and business, and translating their discoveries into benefits for society. Founded in 1907, Imperial builds on a distinguished past - having pioneered penicillin, holography and fibre optics - to shape the future. Imperial researchers work across disciplines to improve global health, tackle climate change, develop sustainable energy technology and address security challenges. This blend of academic excellence and its real-world application feeds into Imperial's exceptional learning environment, where students participate in research to push the limits of their degrees. Imperial nurtures a dynamic enterprise culture, where collaborations with industrial, healthcare and international partners are the norm. In 2007, Imperial College London and Imperial College Healthcare NHS Trust formed the UK's first Academic Health Science Centre. This unique partnership aims to improve the quality of life of patients and populations by taking new discoveries and translating them into new therapies as quickly as possible. Imperial has nine London campuses, including its White City Campus: a 25 acre research and innovation centre in west London. At White City, researchers, businesses and higher education partners are co-locating to create value from ideas on a global scale. For more information visit http://www.imperial.ac.uk. 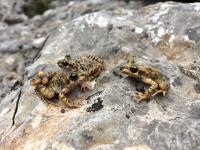 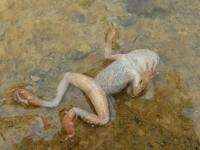