The Puff Adder (Bitis arietans) is one of Africa's deadliest snake species, not only due to its deadly venom, but also because of its stealthy behaviour in the way that it hunts by ambushing prey.

It has now emerged, however, that it has another deadly weapon in its arsenal, as it not only lies in wait for prey, but that it actively lures prey into striking range.

By capturing and analysing thousands of hours of video footage of puff adders hunting in the wild, Wits University researchers, Xavier Glaudas and Graham Alexander, have shown that puff adders use what is termed "lingual luring" to attract amphibian prey closer, and increase the odds of catching it.

"A puff adder's strike is typically no longer than one or two head lengths (5-10cm) in distance, so it needs a strategy to attract potential prey to come within that striking range in order to catch it," says Glaudas, a herpetologist and Post Doctorate Fellow at the Alexander Herpetology Laboratory at Wits University. "We have found that puff adders use their tongues that resemble an invertebrate that frogs feed on to increase prey capture rate."

Funded by the National Geographic Committee for Research and Exploration, Glaudas and Alexander tracked 86 puff adders over three years at the Dinokeng Game Reserve, about 100km north of Johannesburg in South Africa. Glaudas captured wild snakes and tracked them by surgically implanting radio transmitters into the snakes and releasing them at their place of capture.

"We really wanted to have a closer look into the secretive lives of these fascinating animals, and specifically study their foraging ecology," says Glaudas.

To aid his research, Glaudas and Alexander made use of video cameras, which they set up in front of puff adders that were lying in ambush position.

"We placed our cameras mounted on a tripod about 70cm away from the snake, and the camera continuously recorded what was going on. We came back the next morning to get the memory cards and reviewed everything that happened during the night," says Glaudas. "We gathered over 4600 hours of video footage of snake foraging. So, that is 193 days of continuous footage - over half a year."

What Glaudas and Alexander saw surprised them. "It was complete luck," says Glaudas. "We know that snakes use their tongues to pick up scent cues in their environment, but these snakes were extending their tongues out of their mouths for up to 30 seconds, which is dramatically longer to what they do when they are just using their tongues to 'smell' their environment. We know of several species that use tongue luring to attract prey. Some wading birds, like egrets do it, as well as alligator snapping turtles and some aquatic snakes, but this is the first time that it is reported in a terrestrial snake," says Glaudas.

Even more surprising was the fact that the snakes only used lingual luring to attract amphibian prey.

"All the cases of lingual luring that we have observed, occurred with frogs, which suggests that puff adders are able to distinguish between amphibian prey and other prey like small mammals."

Glaudas and Alexander also witnessed puff adders waving their tails, suggesting the use of their tails as lures as well. However, none of the tail luring behaviour attracted prey within the camera's field of view, and more data on this are needed.

"We suspect that this behaviour is also used to attract prey, as it is pretty common in snakes, including adders, but we weren't able to observe prey capture with the videos" says Glaudas.

A lure at both ends -- puff adders leave nothing to chance 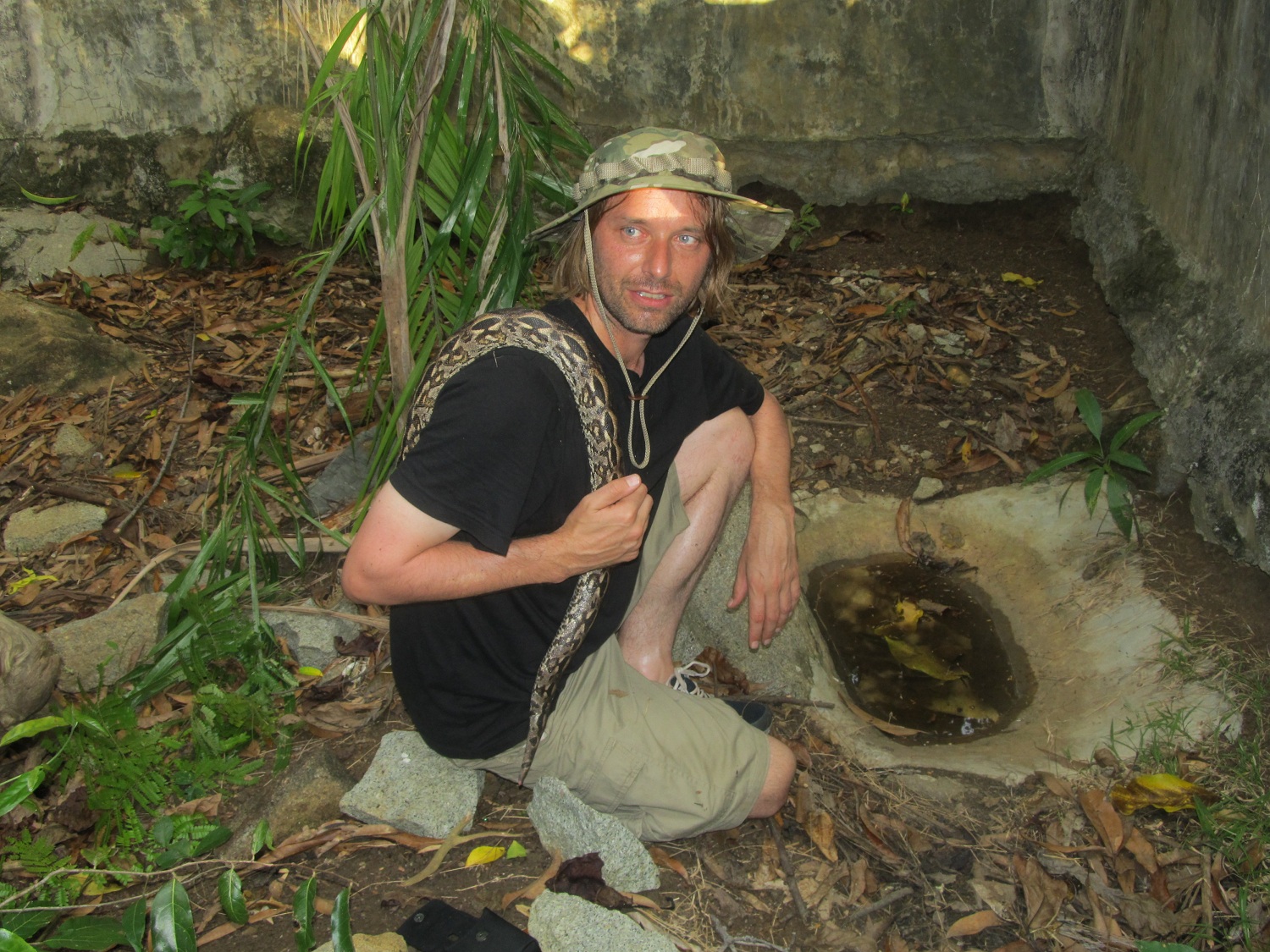 Xavier Glaudas, University of the Witwatersrand 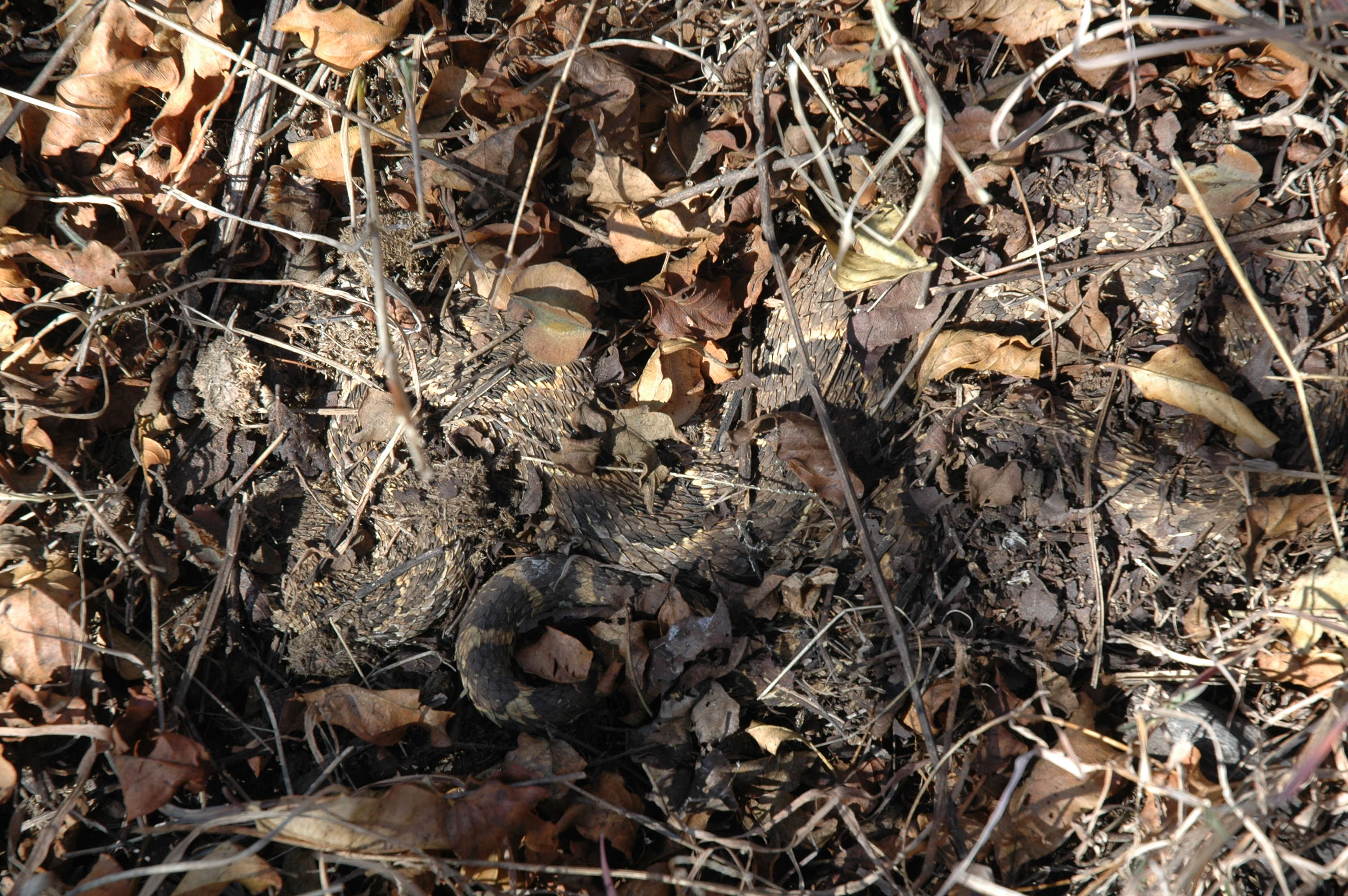