BIRMINGHAM, Ala. - Last year, Charles O. Elson, M.D., demonstrated a potential preventive treatment for Crohn's disease, a form of inflammatory bowel disease. He used a mouse model that included immune-reactive T cells from patients with Crohn's disease in a flagellin peptide-specific immunotherapy. This study provided proof-of-principle that a flagellin-directed immunotherapy might provide similar benefits in patients.

Now University of Alabama at Birmingham researchers have moved a step closer to possible clinical testing of this treatment, say Elson and co-first authors Katie Alexander, Ph.D., and Qing Zhao, M.D., Ph.D. Their study, published in the journal Gastroenterology, is the first to describe IgG antibodies in Crohn's disease specific for human-derived flagellins of bacteria belonging to the Lachnospiraceae family. Knowledge of the specific flagellin epitopes that drive the pathogenic adaptive immune response in Crohn's disease is necessary information for Elson's potential triple-punch Crohn's disease treatment. Goals of the treatment are removing or exhausting pathogenic T memory cells and increasing the number of immunomodulatory T regulatory cells.

Elson is a professor, Alexander an assistant professor and Zhao a postdoctoral fellow in the UAB Department of Medicine Division of Gastroenterology and Hepatology.

Crohn's disease and ulcerative colitis -- another type of inflammatory bowel disease -- are characterized by dysregulated adaptive immune responses to the microbiota in genetically susceptible individuals, but the human specificity of these responses had so far been largely undefined. Mouse microbiota flagellins have previously been defined as immunodominant antigens in Crohn's disease.

Flagellins are building blocks of the hairlike motility flagella that extend from the bacterial cell wall. Flagellin is a potent immune activator and antigen, and it is the only known microbial protein that has three receptors for innate immunity encoded in the host genome, in addition to immunoglobulin and T cell receptors.

The UAB researchers individually probed blood sera from 87 healthy volunteers, 152 patients with Crohn's disease and 170 patients with ulcerative colitis. They used protein arrays of microbiota bacterial flagellins of both mouse and human origin, and they analyzed sera for IgG and IgA antibody responses.

They found selective patterns of antibody reactivity to microbiota flagellins among the inflammatory bowel disease patients.

The Crohn's disease patients -- but not the ulcerative colitis patients -- had augmented serum IgG antibodies to Lachnospiraceae flagellins from various species of Roseburia and one species of Eubacterium. These bacteria are normal residents in the human ileum, the third segment of the small intestine. A subset of the Crohn's disease patients had very high responses, with antibodies against more than 10 different flagellins.

For that subset of Crohn's disease patients, the multiflagellin hyper-reactivity was associated with indications of severe dysregulated immune response. Patients in the subset had: 1) elevated flagellin-specific T memory cells; 2) a reduced ratio of flagellin-reactive T regulatory to T effector cells; and 3) a high frequency of disease complications.

At UAB, Elson holds the Basil I. Hirschowitz Endowed Chair in Gastroenterology. 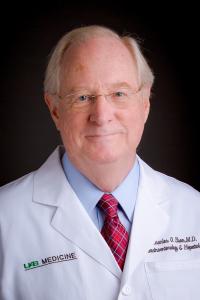