A failure to adequately respond to this fundamental change in seawater chemistry, known as ocean acidification, is anticipated to have devastating ecological consequences for the West Coast in the decades to come, the 20-member West Coast Ocean Acidification and Hypoxia Science Panel warned in a comprehensive report unveiled Monday, April 4.

"Increases in atmospheric carbon dioxide emissions from human activities are not just responsible for global climate change; these emissions also are being absorbed by the world's oceans," said Dr. Alexandria Boehm, co-chair of the Panel and a Professor of Civil and Environmental Engineering at Stanford University. "Our work is a catalyst for management actions that can address the impacts of ocean acidification we're seeing today and to get ahead of what's predicted as ocean chemistry continues to change."

Because of the way the Pacific Ocean circulates, the North American West Coast is exposed to disproportionately high volumes of seawater at elevated acidity levels. Already, West Coast marine shelled organisms are having difficulty forming their protective outer shells, and the West Coast shellfish industry is seeing high mortality rates during early life stages when shell formation is critical. The acidity of the world's oceans is anticipated to continue to accelerate in lockstep with rising atmospheric carbon dioxide emissions.

The Panel was convened in 2013 to explore how West Coast government agencies could work together with scientists to combat the effects of ocean acidification and a related phenomenon known as hypoxia, or low dissolved oxygen levels.

The Panel's final report, titled "Major Findings, Recommendations and Actions," summarizes the state of the science around this pressing environmental issue and outlines a series of potential management actions that the governments of the states of California, Oregon, and Washington, and the province of British Columbia, can immediately begin implementing to offset and mitigate the economic and ecological impacts of ocean acidification.

- Exploring approaches that involve the use of seagrass to remove carbon dioxide from seawater.

- Identifying strategies for reducing the amounts of land-based pollution entering coastal waters, as this pollution can exacerbate the intensity of acidification in some locations.

- Supporting approaches that enhance the adaptive capacity of marine organisms to cope with ocean acidification.

Although ocean acidification is a global problem that will require global solutions, the Panel deliberately focused its recommendations around what West Coast ocean management and natural resource agencies can do collectively to combat the challenge at the regional level.

"One of the most exciting aspects of the Panel's work is that it scales a challenging, global problem down to a local and regional level, providing a roadmap to guide measurable and meaningful progress immediately," said Deborah Halberstadt, Executive Director of the California Ocean Protection Council, a government agency that served as the impetus for the Panel's formation.

West Coast policymakers will use the Panel's recommendations to continue to advance management actions aimed at combatting ocean acidification and hypoxia. This work will be coordinated through the Pacific Coast Collaborative, a coalition of policy leads from the offices of the governors of California, Oregon, Washington, and the premier of British Columbia, which have been working together on West Coast ocean acidification since 2013. The Pacific Coast Collaborative has been engaging state and federal agencies across multiple jurisdictions to elevate the need for action along the West Coast.

The Panel, which was convened for a three-year period that ended in February 2016, also has recommended the formation of a West Coast Science Task Force to continue to advance the scientific foundation for comprehensive, managerially relevant solutions to West Coast ocean acidification.

"Communities around the country are increasingly vulnerable to ocean acidification and long-term environmental changes," said Dr. Richard Spinrad, Chief Scientist for the National Oceanic and Atmospheric Administration. "It is crucial that we comprehend how ocean chemistry is changing in different places, so we applaud the steps the West Coast Ocean Acidification and Hypoxia Science Panel has put forward in understanding and addressing this issue. We continue to look to the West Coast as a leader on understanding ocean acidification."

History of the Panel

In September 2012, the California Ocean Protection Council (OPC), a state agency charged with protecting California's ocean and coastal ecosystems, requested that the nonprofit California Ocean Science Trust (OST) convene a science advisory panel to recommend a long-term management strategy for combatting the effects of ocean acidification and hypoxia. The State of California then joined forces with the States of Oregon and Washington and the Province of British Columbia to broaden the Panel's focus to include the entire North American West Coast, a region that is particularly vulnerable to ocean acidification. As a result, Panel membership was expanded to reflect the depth of expertise from across the region, and surveys were conducted at the state, regional, and federal levels to understand decision-makers' science needs. These surveys, and the work of the Washington State Blue Ribbon Panel on Ocean Acidification, formed the foundation for the work of what then became the West Coast Ocean Acidification and Hypoxia Science Panel. Over a three-year period, the 20-member Panel examined the full range of impacts related to changing ocean conditions, going beyond ocean acidification and hypoxia to include related stressors and impacts. The Panel's final report, "Major Findings, Recommendations, and Actions," is supported by a series of lengthier Panel technical guidance documents aimed at providing more detailed information for water-quality and natural resource managers and their scientific staffs. Although the Panel's term ended in February 2016, the OPC is taking the lead in advancing the Panel's findings on behalf of partners in Oregon, Washington and British Columbia. For more information about the Panel, go to http://westcoastoah.org.

About the California Ocean Protection Council

The Ocean Protection Council is a state agency whose mission is to ensure that California maintains healthy, resilient, and productive ocean and coastal ecosystems for the benefit of current and future generations. The Council was created pursuant to the California Ocean Protection Act, which was signed into law in 2004 by Governor Arnold Schwarzenegger. For more information, visit http://www.opc.ca.gov.

About the California Ocean Science Trust

The California Ocean Science Trust is a nonprofit organization established by the State of California to build trust and understanding in ocean and coastal science. Serving as a liaison between governments, scientists, and citizens, the Ocean Science Trust supports decision-makers with sound, independent science. For more information, go to http://www.oceansciencetrust.org.

This is the fourth year of California's drought. To learn about the actions the state has taken to manage our water systems and cope with the drought's impacts, visit Drought.CA.Gov. Every Californian should take steps to conserve water. Find out how at SaveOurWater.com. 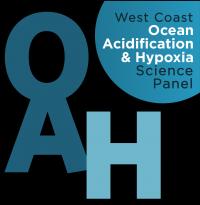