The giant impacts that dominate late stages of planet formation have a wide range of consequences for young planets and their atmospheres, according to new research.

Research led by Durham University and involving the University of Glasgow, both UK, has developed a way of revealing the scale of atmosphere loss during planetary collisions based on 3D supercomputer simulations.

The simulations show how Earth-like planets with thin atmospheres might have evolved in an early solar system depending on how they are impacted by other objects.

Using the COSMA supercomputer, part of the DiRAC High-Performance Computing facility in Durham, funded by the Science and Technology Facilities Council (STFC), the researchers ran more than 100 detailed simulations of different giant impacts on Earth-like planets, altering the speed and angle of the impact on each occasion.

They found that grazing impacts - like the one thought to have formed our Moon - led to much less atmospheric loss than a direct hit.

Head on collisions and higher speeds led to much greater erosion, sometimes obliterating the atmosphere completely along with some of the mantle, the layer that sits under a planet's crust.

The findings provide greater insight into what happens during these giant impacts, which scientists know are common and important events in the evolution of planets both in our solar system and beyond.

The findings are published in the Astrophysical Journal.

Our Moon is believed to have formed about 4.5 billion years ago following a collision between the early Earth and a giant impactor possibly the size of Mars.

It was not known how much of the Earth's early atmosphere could have survived in this violent impact event, or how this would change for different collision scenarios.

In the Earth's case, the planet got relatively lucky with this collision - only losing between ten and 50 per cent of its atmosphere depending on the precise scenario.

Lead author Dr Jacob Kegerreis, whose research was part-funded by a doctoral scholarship from the STFC, in the Institute for Computational Cosmology, at Durham University, said: "We know that planetary collisions can have a dramatic effect on a planet's atmosphere, but this is the first time we've been able to study the wide varieties of these violent events in detail.

"In spite of the remarkably diverse consequences that can come from different impact angles and speeds, we've found a simple way to predict how much atmosphere would be lost.

"This lays the groundwork to be able to predict the atmospheric erosion from any giant impact, which would feed in to models of planet formation as a whole. This in turn will help us to understand both the Earth's history as a habitable planet and the evolution of exoplanets around other stars."

The researchers are now carrying out hundreds more simulations to test the effects that the different masses and compositions of colliding objects might have.

Co-author Dr Vincent Eke, in the Institute for Computational Cosmology, Durham University, said: "At the moment it appears that the amount of atmosphere a planet loses due to these collisions depends upon how lucky or unlucky they are in terms the type of the impact they suffer."

Fellow co-author Dr Luis Teodoro, of the University of Glasgow, said: "Our research shows how different impacts can eject anywhere from very little to all of an atmosphere through a variety of mechanisms."

The research was part-funded by a Durham University Institute for Computational Cosmology PhD Scholarship Fund. 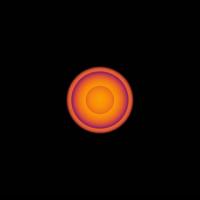