Tell your child or spouse what they can eat and not what they can't. Telling your child to eat an apple so they stay healthy will work better than telling them not to eat the cookie because it will make them fat. A new Cornell discovery shows that "Don't" messages don't work for most of us.

These new findings cast a dim light on the many public health campaigns that have used a fear approach to convince us to eat better, such as telling us: don't eat candy or drink chocolate milk, or eat red meat because of harmful consequences. The Cornell study findings show that focusing on Do is better than on Don't. That is, stressing the benefits of eating healthy foods is more effective than warning against the harms of eating unhealthy foods.

The researchers analyzed 43 published international studies that involved either negative or positive nutrition messages. They found that while negative messages tended to work best with experts - like dietitians and physicians -who were highly involved and knowledgeable in the area, most people who did not know a lot about nutrition would rather be told what they should eat and why it is good for them.

In conclusion, the researchers recommend: when designing public health messaging campaigns, focus on positive consequences of target healthy behaviors rather than focusing on the negative consequences. This way, the message is more likely to be effective among the non-expert general public instead of only appealing to health and nutrition professionals. "If you're a parent, it's better to focus on the benefits of broccoli and not the harms of hamburgers," said lead author Brian Wansink, PhD director of the Cornell Food and Brand Lab and author of Slim by Design.

These findings compliment a recent 2015 publication in Nutrition Reviews, and it will be presented at the Society of Nutrition Education and Behavior's Annual Conference 2015 in Pittsburgh by Brian Wansink, PhD and Lizzy Pope, Ph.D. University of Vermont (previously with the Cornell Food and Brand Lab).

'Do' is better than 'don't' when it comes to eating better 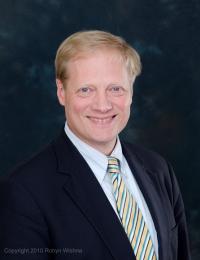