Researchers have made a major breakthrough in developing gene-editing tools to improve our understanding of one of the most important ocean microbes on the planet.

The international project, co-led by scientists at the University of East Anglia (UEA) in the UK, unlocks the potential of the largest untapped genetic resource for the development of natural products such as novel antibacterial, antiviral, anti-parasitic and antifungal compounds.

Ocean microbes regulate global cycles of carbon and essential nutrients such as nitrogen and phosphorous. Despite their significance, government and industry funding is still largely used for research and development with non-marine organisms. This is partly due to a lack of awareness of the importance of marine microbes, limited understanding about their biology, as well as difficulties in accessing and sustainably exploiting them.

Addressing this requires genetic manipulation tools that have not been readily available for many different ecologically and biotechnologically important groups of marine microbes such as protists, which share a subcellular organisation similar to plants and animals.

Unlike plants and animals, they are unicellular and of remarkable diversity. Some represent the origins of complex life forms on land, others such as photosynthetic protists, called phytoplankton, contribute almost as much to global annual carbon fixation as land plants.

Published in the journal Nature Methods, this new study aims to improve understanding of the basic biology and evolution of marine protists, with potentially valuable outcomes for evolutionary studies, nanotechnology, biotechnology, medicine, and pharmacology.

The three-year collaborative project, supported primarily by the Gordon and Betty Moore Foundation, involved 53 international laboratories comprising more than 100 researchers. It has resulted in the development of new genetic model systems, summarised in a synthetic 'Transformation Roadmap'. This outlines DNA delivery methods, gene expression constructs and genome editing approaches, and is available as a resource for the wider research community.

Lead UK author Thomas Mock, professor of marine microbiology at UEA's School of Environmental Sciences, said the study builds on decades of research that have contributed to an increasingly coherent picture of the oceanic ecosystem.

"The oceans harbour the most significant microbial diversity on Earth in terms of maintaining habitability," said Prof Mock. "These organisms and how their genes function are therefore incredibly important to understand because of their vital role in the health of the planet. They also represent how life has evolved over the last 1.5 billion years. They are so old that it's not been possible to fully understand their cell biology and functional biodiversity.

"Our reported breakthroughs on genetic manipulation will allow the research community to dissect cellular mechanisms from a range of important protists, which will collectively provide insights into their reproduction, metabolism and signaling.

"These insights will improve our understanding about their role in the oceans, and they are invaluable for biotechnological applications such as building factories for biofuel or the production of bioactive compounds."

The study involved attempting to introduce foreign DNA into the host genomes of 39 protist species, in order to understand their gene functions and how they adapt to changes. Of these, more than 50% were genetically manipulated successfully, which will now enable researchers to carry out functional studies of thousands of new genes carried in their genomes. 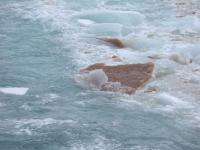