The precise movements of a young hammerhead shark have been tracked for the first time and are published in the open access journal Animal Biotelemetry. The study, which ran over a 10-month period, reveals important gaps in current efforts to protect these endangered sharks and suggests key locations that should be protected to help the survival of the species.

Hammerhead sharks, which have recently received new protections from the UN Convention on the Conservation of Migratory Species of Wild Animals, are experiencing drastic population declines in excess of 90% in several parts of world. Scalloped hammerhead sharks, found in the Gulf of California, Mexico, are particularly susceptible to being caught by fishing nets while moving into the open sea, but little information exists on their exact movements, especially those of juvenile sharks as they go through the critical period of adolescence.

Researchers from the Centro Interdisciplinario de Ciencias Marinas, Mexico and the University of California, Davis, USA travelled out into the Gulf of California by boat and collected three live juvenile hammerhead sharks of the appropriate size (around 95 cm) for tracking their movements through adolescence. At the base of their pelvic fins they inserted small electronic tracking devices, able to calculate position and depth, and then released the young sharks back into the water.

Only one shark, a female which had grown to 123 cm, was recaptured 10 months later by local fisherman after they identified the visible tag and reward notice during fishing. After the tracking device was removed and the shark released, the downloaded data revealed a wealth of information about her 3,350 km journey, uncovering important insights into habitat use and pinpointing key sites to be considered for protection by ecologists and conservationists.

Study author Mauricio Hoyos from Pelagios Kakunjá (a Mexican NGO) said "In Mexico in the eighties, the sea of Cortes was one of the best places to see these beautiful and majestic animals but at present it's hard to see even a few. The key to protecting this species is detecting their nursery grounds and protecting them in their more vulnerable stages. This is the first time ever that we have an idea of the behavior of this life stage in this zone and this information will be important to design management plans to protect this species in Mexico."

The young female hammerhead was found to swim within a school of fellow hammerheads at an offshore island during the day, but migrated away at night, diving to greater depths to feed on fish and squid, sometimes as deep as 270m.

By completing her biological cycle in both coastal and offshore areas of the central and southwestern Gulf of California, the researchers believe that the hammerhead was maximizing her foraging opportunities and continued growth. Scalloped hammerhead shark pups have high metabolic rates and as they grow older require higher ration levels to fulfil their energetic needs. Those sharks that do not become successful in learning how to catch prey quickly may starve as a result, which would partially explain the early migration of this juvenile female to off-shore waters for richer food.

The research suggests that juvenile female hammerheads are trading off the risks of greater exposure to predators in the open sea, in exchange for the opportunity to get offshore as early as possible and grow big quickly. By doing this they can jockey for position, assert dominance in the schools, establish social rank and increase their reproductive potential.

The new insights suggest that current management measures for sharks set by the Mexican government may not be sufficient for the conservation of this species. Increased human fishing pressure has reduced the size of the population of scalloped hammerhead populations to a negligible size in the Gulf of California, with the species becoming extremely rare in the Mexican Pacific.

Measures including the current prohibition of commercial fishing from large vessels within 50 nautical miles from the coast have resulted in some protection, but the researchers say that this new information highlights that hammerhead sharks may still be in danger, due to their use of both coastal and offshore waters during early life stages. They say that coastal nursery grounds and offshore refuging areas for scalloped hammerheads are therefore critical habitats where protected marine reserves should be sited.

Study author James Ketchum from Pelagios Kakunjá (a Mexican NGO) said: "For the first time, we've seen the shift from a coastal-inhabiting juvenile to a migratory adolescent that remains mostly offshore in order to maximise growth and reproductive potential. Because of their dependence on both coastal and offshore waters during their early life-stages, we think that they may be more susceptible to fisheries than previously thought, and current protective measures in Mexico may unfortunately be insufficient."

The study is limited by its low sample size, and the researchers say that considerable additional research is needed in order to determine critical habitats of hammerheads in the Gulf of California. This study is the first of a new article type: Telemetry Case Reports, being published by Animal Biotelemetry, which hopes to highlight small pilot studies on single individuals or very limited samples.

Study images are available at: http://bit.ly/1vEE5kr

A video of the researchers tagging and releasing the hammerhead sharks is available at: http://bit.ly/1HD1Cp8 Research article: Ontogenetic migration of a female scalloped hammerhead shark Sphyrna lewini in the Gulf of California. Mauricio E Hoyos-Padilla, James T Ketchum, Peter A Klimley and Felipe Galván-Magaña. Animal Biotelemetry 2014, 2:17

Please contact Joel Winston (Media Officer) for a copy of the paper or to arrange interviews.

Animal Biotelemetry is an open access peer-reviewed journal that publishes the results of studies utilizing telemetric techniques (including biologgers) to understand physiological, behavioural, and ecological mechanisms in a broad range of environments (e.g. terrestrial, freshwater and marine) and taxa. The journal also welcomes descriptions and validations of newly developed tagging techniques and tracking technologies, as well as methods for analyzing telemetric data.

A challenge that confronts all researchers who collect vast quantities of data, be they behavioural measurements such as an animal's height or depth, flying or swimming speeds, movement along three axes, or environmental measurements of temperature and irradiance levels, is how best to distil them to answer important scientific and management questions. Animal Biotelemetry aims to serve as a forum for discussion to these questions, where insights gained through telemetric techniques can be used to understand physiological, behavioural, and ecological mechanisms in a wide range of animal taxa.

BioMed Central is an STM (Science, Technology and Medicine) publisher which has pioneered the open access publishing model. All peer-reviewed research articles published by BioMed Central are made immediately and freely accessible online, and are licensed to allow redistribution and reuse. BioMed Central is part of Springer Science+Business Media, a leading global publisher in the STM sector. http://www.biomedcentral.com 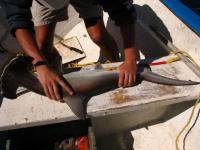 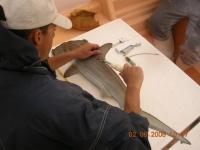