The Blavatnik Family Foundation and the New York Academy of Sciences today announced the 2018 Laureates of the Blavatnik National Awards for Young Scientists, who will each receive $250,000: the largest unrestricted scientific prize offered to America's most promising faculty-level scientific researchers 42 years of age and younger. Nominated by 146 research institutions across 42 states, the 286 nominees were narrowed to a pool of 31 Blavatnik National Finalists. From this pool of Finalists, a distinguished scientific jury chose three outstanding Laureates, one in each of the Awards' scientific disciplinary categories--Life Sciences, Physical Sciences & Engineering, and Chemistry.

In recognition of the outstanding achievements of the 2018 National Laureates, Len Blavatnik, Founder and Chairman of Access Industries, head of the Blavatnik Family Foundation, and member of the President's Council of the New York Academy of Sciences stated: "These three outstanding Laureates--all pioneers in their scientific fields--are paving the way for new discoveries that will improve lives and society for the better."

Ellis Rubinstein, President and CEO of the Academy and Chair of the Awards' Scientific Advisory Council commented on the caliber of this year's candidates: "These National Laureates have forged new paths that will vastly enhance their research disciplines. We are extremely excited to highlight these science superstars in this year's Blavatnik National Awards and to see where their innovations and future discoveries take us in the years ahead."

Since 2007, the Blavatnik Awards for Young Scientists have been recognizing researchers under the age of 42 in the New York area, across the United States, and now internationally in Israel and the United Kingdom. By the close of 2018, the Blavatnik Awards will have conferred prizes totaling more than $6.7 million, honoring 249 outstanding young scientists and engineers.

The New York Academy of Sciences is an independent, not-for-profit organization that since 1817 has been driving innovative solutions to society's challenges by advancing scientific research, education, and policy. Throughout its history, the Academy's Membership has featured thinkers and innovators from all walks of life, including U.S. Presidents Thomas Jefferson and James Monroe, Thomas Edison, Lord Kelvin, Charles Darwin, Margaret Mead, Louis Pasteur, and over 130 Nobel Laureates. Today, the Academy numbers over 20,000 Members in 100+ countries, with a President's Council that includes 36 Nobel Laureates and a distinguished Board of Governors comprised of leaders from business, academia, and philanthropy. It is also young and dynamic with nearly 10,000 post-doctoral, post-graduate, undergraduate, and gifted high school student Members. Through collective action, the Academy is partnering with the United Nations to address their Sustainable Development Goals, advising national leaders and organizing public-private partnerships to address the grand challenges of the planet.

About the National Laureates

Revolutionizing our understanding of the microbiome and infectious diseases through the discovery of the "co-operative defense" system: a defensive host response that is essential for host survival and health without killing the microbes

Dr. Ayres's revolutionary research on host-pathogen and host-microbiome interactions is providing novel insight into how our bodies fight infections, and how we have evolved to live with the multitude of beneficial bacteria that we call our microbiome. A 2014 Searle Scholar and the recipient of a 2015 Defense Advanced Research Projects Agency Young Faculty Award, Dr. Ayres is paving the way for new therapeutic approaches to fighting infection and treating disease that are not reliant on antibiotics.

Pathogens are disease-causing bacteria and viruses. Dr. Ayres's discovery of the host (a human or animal) "co-operative defense" system has challenged the notion of killing pathogens in order to survive infection. Her research has shown that a host can turn on mechanisms in response to pathogens in a way that sustains health and survival of the host. Although the pathogens are not eliminated, the host's co-operative defense system can create changes to the cellular environment and physiological responses of the host that alter the behavior of pathogens so that they do not cause the disease inside the host. "I am driven by the excitement of challenging existing paradigms and making discoveries that have the potential to fundamentally transform the way we approach health and disease on a global scale," said Dr. Ayres.

In recent work, Dr. Ayres has shown that an E. coli that inhabits the intestinal microbiome, can turn on the co-operative defense system of the host when infected with bacterial pneumonia, typhoid fever or suffering from colitis by maintaining metabolic health during infection and preventing skeletal muscle wasting that can kill the host. By turning on this protective response, the host survives the infection despite the pathogens still being present in the host and without the need for antibiotics. Similarly, Dr. Ayres and her research team recently demonstrated that Salmonella pathogens, through the secretion of certain proteins, can modulate the gut-brain axis of the host and host feeding behavior, enabling the host to feel less sick and continue eating despite infection. The pathogen does this in order to increase its chances of migration to a new host - a starving host may not interact with other hosts or could even die, which ultimately leads to pathogen death as well. Her work provides insight into possible ways to improve host health during infection through manipulation of the host's disease tolerance ability and the climate of the host microbiome.

Since the dawn of antimicrobials, the long-standing belief was that a host needed to kill invading pathogens in order to survive. This is the principle behind traditional antibiotic therapies. However, antibiotics can also inadvertently destroy or negatively alter the host's microbiome, including beneficial bacteria. In recent years, the overuse of antibiotics has led to the evolution of "superbugs": antibiotic-resistant bacteria. According to the U.S. Centers for Disease Control and Prevention (CDC), drug-resistant bacteria infect more than 2 million people nationwide and kill at least 23,000 annually[1]. Dr. Ayres' research provides a new avenue for treating infections by augmenting the host's ability to tolerate the infection, rather than trying to kill the pathogen. Such strategies could lead to reduced need for antibiotics, as killing pathogens would not be the goal. Her findings represent a major paradigm-shift in how we view our relationship with the microbes that inhabit our bodies.

"Janelle Ayres is a rising superstar at the Salk Institute, where she runs a very innovative research program centered on how hosts develop tolerance to certain microbes. Janelle's work is part of the microbiome revolution, shedding light on why our body consists of nearly as many microbes as human cells. If hosts always killed off pathogens, then beneficial host-microbe interactions would never have evolved. Janelle's research has the potential to offer completely new ways of treating infection and disease through disease tolerance, by bolstering the microbiome, rather than eradicating pathogens." - Elaine Fuchs, PhD, Rebecca C. Lancefield Professor at The Rockefeller University, Howard Hughes Medical Institute Investigator, and 2018 Blavatnik National Awards Life Sciences Jury Chair.

Fundamentally changing the way scientists are able to measure, image, and manipulate matter at the atomic and nanoscale

The scientific community is experiencing transformative changes in the ways that science is being performed because of Dr. Sergei V. Kalinin's work in the field of nanoscale instrumentation. In the area of scanning probe microscopy, Dr. Kalinin has fundamentally enhanced the way scientists are able to measure, image, and manipulate matter at the atomic and nanoscale. Utilizing his deep knowledge and appreciation of fundamental physics, combined with an outstanding mathematical talent and a creative spark, he has significantly expanded the imaging capabilities of scanning probe microscopes, from purely an imaging tool to one that can perform quantitative analysis of a material's electromechanical, electrochemical, acoustic, and magnetic properties and also probe phase transitions and electrochemical reactions in materials at the nanoscale.

More recently, Dr. Kalinin has redirected his energies in the direction of another tool--the electron microscope--which uses an electron beam to study materials at high resolution. He has taken what was once considered an undesirable artifact in electron imaging--damage incurred by an electron beam hitting a sample during imaging with a scanning transmission electron microscope--and repurposed it in a precise and controlled manner to manipulate atomic structure not only at the surface but also in the bulk of the material. He has also demonstrated the movement and placement of single atoms in premeditated patterns using a scanning transmission electron microscope, an accomplishment which is moving the scientific community towards the long-held dream of building materials and devices atom-by-atom.

Dr. Kalinin, who was a Blavatnik National Finalist in 2016 and in 2017 commented, "Through big data and machine learning techniques, my aim is to harness these advances to transform atomically resolved imaging from mere observations of structure and dynamics to understanding why atoms behave in a particular way, what are the associated functionalities, and how to direct them to do what we want--to make better materials and enable atomic scale manufacturing."

"Sergei Kalinin belongs to that rare breed of researchers who can make pioneering contributions to both science and the tools of science. He has used the most advanced microscopes to image and understand materials at the atomic scale, for instance, how their functionality can be controlled by a single defect in an otherwise perfectly periodic structure. That knowledge is important to develop digital memories and energy-harvesting materials, among other applications," - Emilio Mendez, PhD, Energy Science and Technology Department Director at Brookhaven National Laboratory and member of the 2018 Blavatnik National Awards Jury.

Scientists have long pondered how non-living materials assembled to form the first primitive life forms. Dr. Devaraj's work on the synthesis of artificial cells has the potential to provide insights into the origins of life and work towards a solution for one of the greatest contemporary questions in chemistry: can we synthesize life? Along the way, he has developed tools for labeling biomolecules that are widely used by researchers and may one day be used in the clinic to detect and treat disease.

He is the recipient of multiple chemistry awards including the 2017 American Chemical Society Award in Pure Chemistry, the 2016 National Fresenius Award sponsored by Phi Lambda Upsilon, and a 2016 Camille Dreyfus Teacher-Scholar Award. Asked about what motivates his research, Dr. Devaraj answered, "When I observe a cell, I marvel at how complex sets of molecules can assemble to form a living organism. I wonder, what is the minimal chemistry from which biology can emerge?" The cell represents the smallest unit of life, and all cells contain lipid membranes. A major breakthrough from Dr. Devaraj's lab has been the development of artificial membranes that mimic a cell's ability to reproduce continuously.

Dr. Devaraj added, "My lab is developing technologies to unveil the secrets of life's origin while simultaneously improving our understanding of modern-day biochemistry." Using chemistry to solve questions in biology, he has developed new tools that uniquely perform tasks within living cells. His methods provide a means for efficient biological labeling and have been adopted by chemical biologists worldwide. He has utilized his biocompatible chemistry to invent new ways to image and manipulate living organisms. Using these techniques, he is developing novel tests and therapeutics that may be used to detect diseases earlier and treat them more effectively.

Winners of the 2018 Blavatnik National Awards for Young Scientists announced 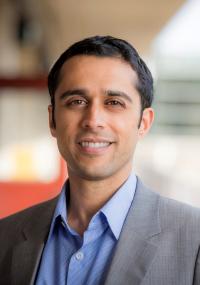 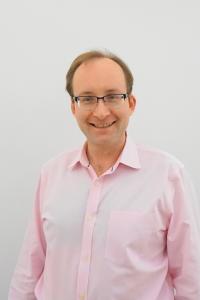