A Japanese research team from Kumamoto University has succeeded in developing a refrigeration preservation technology that maintains the fertilization functionality of mouse sperm for 10 days. Previously, the maximum freezing period was limited to three days, but by extending the preservation period by over three times that amount, it is now possible to send sperm of genetically modified mice to research organizations around the world.

Many universities and pharmaceutical companies are engaged in research and development using genetically modified mice that have certain genes manipulated to reproduce human diseases. Since these mice are useful for tasks such as ascertaining the safety of drugs or investigating the cause of a disease, they are frequently transported to laboratories around the world. It is common to transport live mice in special containers but there is a risk that they might die due to stress during shipping, or escape due to mishandling or an accident. This is highly undesirable from the viewpoints of animal welfare and ecosystem preservation.

Using the refrigerated transportation method, the researchers conducted mutual transportation tests between Kumamoto University in the south of Japan and Asahikawa Medical University in the north, and between Kumamoto University and the University of California Davis. However, the period during which the mouse sperm could be refrigerated and remain viable was limited to three days. After that time the fertilizing ability of the sperm decreased. When attempting to transport genetically modified mice around the world, extension of the safe refrigeration period was necessary.

The researchers aimed to improve the low temperature tolerance of sperm by adding quercetin, which is an antioxidant contained in cold-hardy plants, and dimethylsulfoxide (DMSO), which is widely used as a cryoprotective substance, to a preservation solution. The two substances dramatically improved cold-preserved sperm motility and allowed its fertilizing ability to be maintained for 10 days. Using the refrigerated sperm, the researchers were able to fertilize an egg in vitro and produce a normal mouse pup. In addition, they investigated the function of sperm treated with quercetin and DMSO in detail and found that the activity of the energy-producing mitochondria was elevated. Observation of the sperm with a fluorescence microscope revealed that quercetin accumulated in the middle of the sperm where mitochondria are present. The results suggest that quercetin may protect the mitochondria in sperm.

"This research makes it possible to transport genetically modified mice safely and easily to research organizations around the world," said study leader, Dr. Toru Takeo of Kumamoto University. "It is expected that this accelerates international collaborative research and contributes to the development of medicine · life science research."

This research result was posted online in the journal Biology of Reproduction on 8 November 2017. 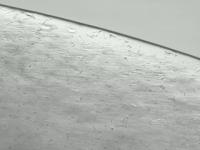