Visual sensation begins at the retina, which is the neural tissue located at the back of eyeballs. It has been known that the retina detects light using photoreceptors which are light-sensitive nerve cells.In case of retinal degenerative diseases such as retinitis pigmentosa and age-related macular degeneration, those light sensing neurons are gradually damaged, leading to a profound vision loss. At this moment, no cure is available for the abovementioned ailments. But, microelectronic retinal prostheses can create artificial vision by electrically stimulating remaining retinal neurons although the prosthetic vision is still far removed from normal vision.

To further improve the quality of prosthetic artificial vision, Dr. Maesoon Im's group of the Brain Science Institute at the Korea Institute of Science and Technology (KIST) applied computational neuroscience and information theory to neural signals of the retina. The retina, which has remarkably complex neural circuits, is known to compress visual neural signals. For example, the retina converts light into neural signals using over 100 million photoreceptor cells. Then, the vision is formed at the brain using visual information that is conveyed from over 1 million retinal ganglion cells. The KIST research team revealed that high signal heterogeneity from different retinal ganglion cells is a key element for efficient transmission of visual information. However, random signal patterns that maximize the heterogeneity are not used; it is thought to be due to some level of redundancy for correcting any potential error during the information transmission from the retina to the brain. These findings have been recently published in the IEEE Transactions on Neural Systems and Rehabilitation Engineering. This study is expected to be of high practical value in the field of prosthetic vision.

The KIST research team applied computational neuroscience and information theory to neural signals recorded from rabbit retinal neurons in order to quantify the transmission of visual information. At the same time, they observed that heterogeneity is slightly reduced, and some redundancy is allowed in order to prevent errors in the process of information transmission.

The KIST team compared neural signals arising in retinal ganglion cells of the rabbit retinas in response to light and electric stimulations, each representing neural responses of the healthy retina and the diseased retina activated by reitnal prostheses, respectively. Among the properties of neural signals, the researchers focused specifically on their heterogeneity, and found that cell-to-cell neural signal heterogeneity is altered by electric stimulation in some type of retinal ganglion cells, which are output neurons of the retina. This suggest that neural information of artificial vision is different across retinal ganglion cell types which are channels of retinal broadcasting to the brain. Particularly, in some cell types, neural signals arising in diverse neurons were highly similar in response to electric stimulation, which were much different from their heterogeneous responses to normal visual stimulation. This reduction in neural signal diversity leads to a severe decrease in the amount of transmitted information for artificial vision which may cause difficulties interpreting the artificially-delivered visual information by the prosthetic users.

KIST's Dr. Joon Ho Kang explained, "This means that it is difficult to successfully replace highly complex visual information simply by stimulating neurons. Probably, microelectronic retinal implants need to produce unique neural signals in different retinal neurons for high heterogeneity of whole retinal neural signals." Last year, in experiments using mice that have progressive retinal degeneration, Dr. Im's group demonstrated that the consistency of the neural signals transmitted by individual retinal ganglion cells is gradually reduced as the disease advances. The neural signal consistency is belived to be important for stable visual percepts. Dr. Im stated, "Combined with our last year's findings regarding reduced consistency in the degenerate retinas, it seems that near-normal artificial vision may be achieved if different retinal ganglion cells consistently transmit diverse neural signals." Further clarifying the significance of the study, he continued, "This study demonstrates that, in order to control brain function in prosthetic vision and other various applications, it is insufficient to simply create any neural signals. Rather, given the remarkable complexity of neural networks, we need to develop more efficient stimulation strategies that would reproduce more sophisticated features of neural signals such as neuron-to-neuron signal heterogeneity."

This study was conducted as a part of KIST Institutional Research program and the Young Researcher Program of the National Research Foundation of Korea, funded by the Ministry of Science and ICT (MSIT). 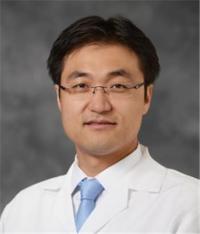