BLOOMINGTON, Ind. -- A new study by researchers at Indiana University and George Mason University found the sexual repertoire of gay men surprisingly diverse, suggesting that a broader, less disease-focused perspective might be warranted by public health and medical practitioners in addressing the sexual health of gay and bisexual men.

The study, published online ahead of print in the Journal of Sexual Medicine, tapped the largest sample of its kind in the United States to examine the sexual behaviors of gay and bisexual men. In collaboration with the OLB Research Institute at Online Buddies, Inc., researchers were able to include feedback from nearly 25,000 men. While gay study participants reported 1,308 unique combinations of behaviors, the most commonly reported behavior was kissing a partner on the mouth.

From a public health standpoint, say the researchers, this study provides professionals with data on the behavior of men having sex with men (MSM) that was missing from the sexual health discussion.

"Due to the disproportionate impact of HIV among MSM, the majority of research on gay and bisexual men's sexual behavior is situated within the context of disease. This emphasis has resulted in a body of literature about gay and bisexual men that is risk-focused, with limited understanding of the diversity and complexity of these men's sexual lives," said co-author Michael Reece, director of IU's Center for Sexual Health Promotion.

"In order to provide clinicians and public health professionals with the necessary tools to promote sexuality in a positive and healthy manner, a more nuanced understanding of an individual sexual experience was needed."

Lead author Joshua G. Rosenberger, professor in the Department of Global and Community Health in the College of Health and Human Services at Mason, said the study is one of the first to explore sexual behavior at the event level among a national sample of gay and bisexually identified men.

"As such, this study was focused primarily on a single sexual event -- the most recent -- and therefore these data are able to provide a level of detail about MSM sexual behavior that has not previously been documented," he said.

The study will appear in the November print issue of the Journal of Sexual Medicine. Authors include Rosenberger from Mason's Department of Global and Community Health; Reece, Vanessa Schick and Debby Herbenick from IU's Center for Sexual Health Promotion, which is in the Department of Applied Health Science in the School of Health, Physical Education and Recreation; Barbara Van Der Pol and J. Dennis Fortenberry with IU's School of Medicine; and David S. Novak from Online Buddies, Inc. Online Buddies, Inc. is one of the world's largest operators of Internet websites for men who seek social or sexual interactions with other men.

Consistent with other recent studies that have examined similar issues among heterosexual men and women, the study findings demonstrate that gay and bisexual men have very diverse sexual repertoires.

The Journal of Sexual Medicine

Journal
The Journal of Sexual Medicine 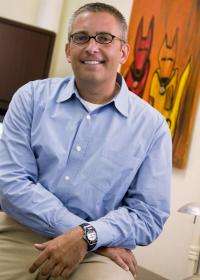