Hydrogen peroxide is used as a disinfectant, after dilution in water, to treat wounds. It is widely used across the industry as an eco-friendly oxidizing agent for impurity removal from semiconductors, waste treatment, etc. Currently, it is mainly produced by the sequential hydrogenation and oxidation of anthraquinone (AQ). However, this process is not only energy intensive and requires large-scale facilities, but AQ is also toxic.

As an alternative to the AQ process, hydrogen peroxide direct synthesis from hydrogen (H2) and oxygen (O2) using a palladium (Pd) catalyst was proposed. However, the commercialization of the technology has been challenging becausethe amount of water (H2O) formed is more than hydrogen peroxide (H2O2) during the process.*

*In the case of the Pd catalyst, 40% of hydrogen peroxide and 60% of water were maximally produced.

The Korea Institute of Science and Technology (KIST) announced that a joint research team of Dr. Sang Soo Han and Dr. Donghun Kim (Computational Science Research Center), Dr. Seung Yong Lee (Materials Architecture Research Center), and Professor Kwan-Young Lee at Korea University (Korea University, President Jin Taek Chung) developed a platinum-gold alloy catalyst for hydrogen peroxide production based on a computer simulation. Hydrogen peroxide selectivity can be increased to 95% by using this catalyst, compared with only 30-40% for a palladium catalyst, which indicates that mostly hydrogen peroxide on the developed Pt-Au catalyst can be produced with a small amount of water.

The joint research team between KIST and Korea University developed a new type of Pt-Au alloyed nanoparticle catalyst. Although it is difficult to homogeniously mix Pt and Au to develop an alloyed catalyst due to the intrinsic immiscibility of the metals, the researchers could successfully synthesize nanoparticles in the form of alloys by forcibly reducing **precursors of Pt and Au. Also, using this method, the content of each metal particle could be controlled by adjusting the amount of precursors of Pt and Au.

**Precursor: a substance from which the final specific substances is obtained by metabolism or chemical reactions

Hydrogen peroxide can be produced anywhere without large equipment by simply injecting both hydrogen gas and oxygen gas into an aqueous solution using the catalyst developed by the researchers. Unlike the Pd catalyst, the catalyst developed by the joint researchers can produce hydrogen peroxide up to 95% even at ambient temperature (10 ?C) and atmospheric pressure (1 atm). In addition, a catalytic reaction can be maintained for longer than 8 h, resulting from the structural stability of the catalyst.

The researchers clearly established the crystal structure of Pt-Au alloy nanoparticles by performing additional computer simulations, which is difficult to solve using general material analysis techniques. Furthermore, the catalytic reaction mechanism via compuater simulations was proposed at the atomic level in which the reason why the catalytic performance for hydrogen peroxide production is increased iswith increasing Au content was also clarified.

Sang Soo Han, Head of the Center at KIST, said, "it is important that the developed catalysts provide an eco-friendly hydrogen peroxide production option that can be applied without any limitation of manufacturing sites. Therefore, commercialization for the hydrogen peroxide direct synthesis would be greatly accelerated by overcoming the limitation of Pd catalysts with the low selectivity" and "the time and cost for the development of novel catalysts, mainly explored through trial and error, could be considerably reduced through computer simulations".

This study was conducted by the Creative Materials Discovery Program of the National Research Foundation of Korea with the support of the Ministry of Science and ICT (MSIT).The research results were published in the latest issue of an international journal 'Acta Materialia' in the field of materials science. 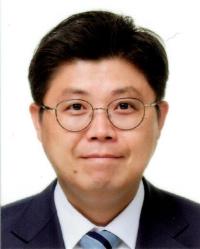