PORTLAND, Ore. - Researchers at Oregon Health & Science University's Vollum Institute have uncovered remarkably detailed 3-D views of one of the most important transporters in the brain - the serotonin transporter. Their study, published online today in the journal Nature, provides fresh insight into how citalopram and paroxetine, two of the most widely prescribed selective serotonin reuptake inhibitors, or SSRIs, interact with and inhibit serotonin transport.

"The heavy toll that devastating illnesses like anxiety and depression have on families and communities is, in many ways, incalculable. Revealing the precise structure of the serotonin transporter holds tremendous promise for the development of life-changing drug treatments for these diseases," said Eric Gouaux, Ph.D., senior scientist in the Vollum Institute at OHSU, National Academy of Sciences member, and Howard Hughes Medical Institute Investigator. Gouaux is an internationally recognized crystallographers in the area of neurotransmitter receptor and transporter structure.

Influencing virtually all human behaviors, serotonin regulates the activity of the central nervous system as well as processes throughout the body, from cardiovascular function to digestion, body temperature, endocrinology and reproduction. The serotonin transporter acts as a molecular pump for serotonin, recycling the neurotransmitter following neuronal signaling. Serotonin shapes neurological processes including sleep, mood, cognition, pain, hunger and aggression.

Gouaux's lab used X-ray crystallography to capture images of the transporter. In this paper, they report that SSRIs lock the transporter in an outward-open conformation by loading in the central binding site, directly blocking serotonin binding.

The study, "X-ray structures and mechanism of the human serotonin transporter," was authored by Gouaux; Jonathan A. Coleman, Ph.D.; and Evan M. Green, a research assistant who is now a Ph.D. student at University of California San Francisco.

About the OHSU Vollum Institute

The Vollum Institute is a privately endowed research institute at OHSU and is dedicated to basic research that will lead to new treatments for neurological and psychiatric diseases. Vollum scientists have transformed the field of neuroscience and, in particular, have been pioneers in the study of cellular signaling, neuronal development, gene regulation and the neurobiology of disease. 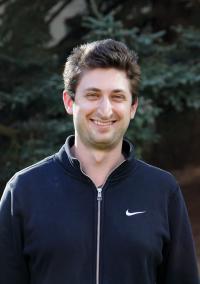