Findings from a recent study on health care utilization in Metro Louisville indicate the uninsured rate decreased by more than half in just one year, from almost 17 percent in 2013 to just under 8 percent in 2014.

A report issued by the Commonwealth Institute of Kentucky, an entity of the University of Louisville School of Public Health and Information Sciences (SPHIS), explains characteristics of the remaining uninsured population in Metro Louisville and examines the impact of outreach strategies on health care enrollment since the implementation of the Affordable Care Act (ACA).

The study found that those who are still uninsured in Metro Louisville are disproportionately Hispanic, African American, male, and younger than the general population. In addition, they also are more likely to have a lower income. Key reasons individuals report for remaining uninsured include the expense of health insurance, both for employer-sponsored and qualified health plans, the inability to pay for the health insurance options available to them, and confusion about the enrollment process. In 2015, nearly 20,000 individuals without health insurance sought medical and dental care from four local safety net providers in Metro Louisville, including community clinics, federally qualified health centers, and physician practices.

Enrollment professionals reported that local ACA implementation required strong relationships in the community, in addition to a robust infrastructure to support individuals seeking health coverage or who were at-risk of becoming uninsured. The study found that a successful outreach strategy in the first few years of ACA implementation involved the presence of enrollment professionals where people live, work, worship, learn and play - this included health care settings. Year-round marketing and outreach efforts between enrollment periods also were a significant part of the approach to decrease the number of uninsured.

"Our findings suggest that maintaining on-site assistance at safety net health care facilities for individuals to enroll in Medicaid or a qualified health plan is key to reaching uninsured sub-populations," Creel said.

Long-term, the report suggests that policy makers consider ways to improve the affordability for individuals who are neither eligible for Medicaid nor able to purchase private insurance. A second recommendation involves identifying strategies to improve health literacy in order to reduce consumer confusion about health insurance, generally.

"While the Metro Louisville community has experienced substantial coverage gains, we know that there are still individuals locally who do not have insurance. This study highlights populations to target with additional community-based outreach efforts and suggests that ongoing outreach should build on successful strategies from previous enrollment periods," said JoAnn Schulte, D.O., M.P.H., director, Louisville Metro Department of Public Health and Wellness.

The Commonwealth of Kentucky's first report on aspects of ACA implementation in Metro Louisville was published in December 2014.

The Robert Wood Johnson Foundation, the Jewish Hospital & St. Mary's Foundation, a part of KentuckyOne Health, and other participating agencies funded the latest study available on the Commonwealth Institute of Kentucky website. 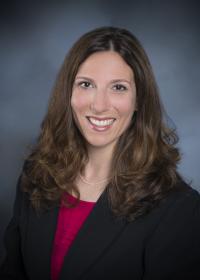