DALLAS - Nov. 12, 2020 - UT Southwestern researchers have discovered a mechanism that cells use to degrade microRNAs (miRNAs), genetic molecules that regulate the amounts of proteins in cells.

The findings, reported online today in Science, not only shed light on the inner workings of cells but could eventually lead to new ways to fight infectious diseases, cancer, and a bevy of other health problems.

Scientists have long known that genes contain the instructions for making every protein in an organism's body. However, various processes regulate whether different proteins are produced and in what amounts. One of these mechanisms involves miRNAs, small pieces of genetic material that break down complementary pieces of messenger RNA (mRNA) in cells, preventing the mRNA sequence from being translated into proteins.

Since the discovery of miRNAs in 1993, researchers have amassed a wealth of knowledge about the hundreds of different miRNA molecules and their targets as well as mechanisms that control their production, maturation, and roles in development, physiology, and disease. However, explains Joshua Mendell, M.D., Ph.D., professor and vice chair of the department of molecular biology at UTSW, and postdoctoral fellow Jaeil Han, Ph.D., very little was known about how cells dispose of miRNAs when they're finished using them.

"As long as miRNA molecules stick around in a cell, they reduce the production of proteins from their target mRNAs," explains Mendell, a Howard Hughes Medical Institute (HHMI) investigator and member of the Harold C. Simmons Comprehensive Cancer Center. "So understanding how cells get rid of miRNAs when they are no longer needed is pivotal for fully appreciating how and when they do their jobs."

To answer this question, Mendell, Han, and their colleagues harnessed CRISPR-Cas9, a gene-editing tool that recently won the 2020 Nobel Prize in Chemistry for two scientists who developed it. By serving as "molecular scissors," Mendell says, this system can cut out individual genes, allowing researchers to explore their functions.

In a human cancer cell line known as K562, the researchers used CRISPR-Cas9 to target most of the 20,000 protein-coding genes in the human genome, looking for any that caused a normally short-lived miRNA known as miR-7 to linger in cells. Their search turned up at least 10 genes that are needed to degrade this miRNA.

The researchers learned that the proteins encoded by these genes come together in cells to form a larger assembly known as a ubiquitin ligase, which functions to tag other proteins for destruction. This particular ubiquitin ligase had never been described before, Mendell says, but like other ubiquitin ligase complexes, it appears to mark proteins destined for degradation. However, rather than tag miR-7 itself, further investigation showed that this complex instead tags a protein called Argonaute, which ferries miRNAs through cells.

Once the Argonaute protein attached to miR-7 is targeted for degradation, this miRNA is left naked in the cell - a state that triggers cells to destroy the miRNA using RNA-degrading enzymes.

The research team found that this ubiquitin ligase complex is key for degrading not only miR-7 in K562 cells, but also a variety of other miRNAs in other cell types and species. These results suggest that this mechanism for miRNA decay acts broadly to control the levels of miRNAs during animal development and across tissues. Because other studies have shown that abnormal levels of various miRNAs are associated with a variety of diseases and infections, finding ways to control miRNA degradation - either to eradicate problematic miRNAs in cells or hold on to beneficial ones - could represent a new way to treat these conditions.

"For over a decade, researchers have been searching for mechanisms through which cells degrade miRNAs," says Han. "Now that we've discovered new cellular machinery that can accomplish this, we will be able to apply this discovery to better understand how miRNAs are regulated and, we hope, eventually develop new therapies."

Other UTSW researchers who contributed to this study include Collette A. LaVigne, Benjamin T. Jones, He Zhang, and Frank Gillett.

Breaking it down: How cells degrade unwanted micrornas 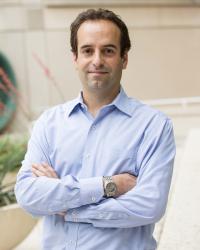 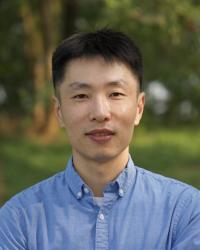