For the implementation of the effective hydrogen economy in the forthcoming years, hydrogen produced from sources like coal and petroleum must be transported from its production sites to the end user often over long distances and to achieve successful hydrogen trade between countries. Drs. Hyuntae Sohn and Changwon Yoon and their team at the Center for Hydrogen-fuel Cell Research of the Korea Institute of Science and Technology (KIST) have announced a novel nanometal catalyst, constituting 60% less *ruthenium (Ru), an expensive precious metal used to extract hydrogen via ammonia decomposition.

*Ruthenium is a metal with the atomic number 44, and is a hard, expensive, silvery-white member of the platinum group of elements.

Ammonia has recently emerged as a liquid storage and transport medium that has shown promising stability for long-distance hydrogen transport. At 108 kg H2/m3, liquefied ammonia (NH3) can store 50% more hydrogen than liquid hydrogen. When ammonia is decomposed at high temperatures, only hydrogen and nitrogen gases are produced, with minimal carbon dioxide emissions. Because over 200 million tons of ammonia is currently produced annually for industrial use around the globe, the infrastructure for its mass storage and long-distance transport already exists and can simply be re-purposed for hydrogen transport.

The need for a lot of heat has been a pressing issue thwarting the widespread adoption of ammonia for use in hydrogen transport and storage, however. The decomposition reaction through which hydrogen is extracted from ammonia can only proceed at high temperaturewhich requires high energy input. A catalyst in the form of a solid powder can be added during the decomposition reaction to lower the reaction temperature; however, the existing ruthenium-metal-based catalysts are very expensive and have low stability, thus requiring regular replacement.

** Zeolite is a mixed oxide of silicon and aluminum, which is a type of crystalline mineral connected by nanometer-level pores. It is often used as a catalyst support and exists in a structure in which pores having the size on the order of several nanometers to tens of nanometers are connected, depending on the type.

"The developed catalyst has an advantageous structure in that the nanometer-sized ruthenium metal particles are uniformly spread over zeolite, a crystalline mineral. Thus, this catalyst has shown higher performance and stability than previously reported catalysts and is expected to facilitate the commercialization of the process for high-purity hydrogen production from ammonia," said Dr. Hyuntae Sohn, KIST. "The importance of large-capacity hydrogen transport based on ammonia is rapidly increasing, with fierce competition among advanced countries over the development and acquisition of related technologies. The application of the proposed catalyst for large-capacity hydrogen production via ammonia decomposition, which is currently under research and development, will ultimately help the commercialization of ammonia-derived hydrogen and the large-capacity hydrogen transportation between countries," said Dr. Changwon Yoon.

This research was supported by the New & Renewable Energy Core Technology Program of the Korea Institute of Energy Technology Evaluation and Planning(KETEP), granted financial resources by the Ministry of Trade, Industry & Energy (MOTIE). The results of this study were published in the latest issue of "Applied Catalysis B: Environmental", an international journal in the field of energy and the environment. 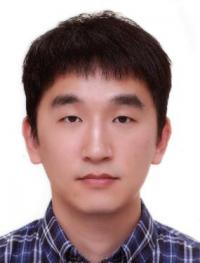 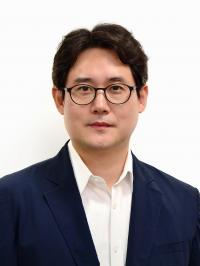