An animal's ability to perceive light incorporates many complex processes. Now, researchers in Craig Montell's lab at UC Santa Barbara have used fruit flies and mice to make novel discoveries about sensory physiology at both cellular and molecular levels that are important for light processing.

Their most recent findings, which improve the scientific understanding of the signaling cascade necessary for phototransduction -- the process by which light is converted into electrical signals in the photoreceptor cells in the retina of the eye -- appear today in the journal Cell Reports.

More than 25 years ago, Montell discovered TRP channels, which allow animals to detect light, chemicals in food, mechanical force and changes in temperature. These proteins act at the cell surface, but very little was known about the mechanism by which they are transported to the cell surface.

Until now, scientists knew of only one protein, XPORT, that was a "helper protein" involved in getting TRP proteins to the outer surface of cells. However, using the fruit fly (Drosophila melanogaster), postdoctoral fellow Zijing Chen found that the XPORT gene in fact encodes two unrelated molecular chaperone proteins -- XPORT-A and XPORT-B -- and both are critical for moving TRP channels out of their synthesis site inside the cells.

"This discovery is important because if TRP proteins don't get to the cell surface, they are not going to be able to function, and the animals will not see properly," said Montell, a professor in UCSB's Department of Molecular, Cellular, and Developmental Biology.

"The light that activates the photoreceptor cells is not directly activating TRP but rather a light sensor called rhodopsin," Montell explained. This primary pigment found in photoreceptor cells is extremely sensitive to light. "What's interesting is that both XPORT-A and XPORT-B are required for getting rhodopsin and TRP to the cell surface," he added.

According to Montell, mutations in TRP have been linked to neurodegenerative disorders, pain syndromes, neuropathies and bone deformations. Understanding the intricacies of TRP function is the first step toward identifying drugs that could affect their activity and one day be used as therapeutic targets.

TRP channels also function in light sensation in mammals, including humans. However, they do not have central roles in rods or cones, which allow mammals to see images. Rather, TRPs in mammals function in a third class of photoreceptor cell, intrinsically photosensitive retinal ganglion cells (ipRGCs). The ipRGCs are necessary for setting circadian rhythms by light as well as pupillary constriction in response to light. The ipRGCs are activated by bright light and also stimulated through pathways initiated in rods and cones. However, the pathways and molecules that allow rods and cones to stimulate ipRGCs indirectly by light have been poorly understood.

In another paper, published in the journal Molecular Biology of the Cell, Marquis Walker, a postdoctoral fellow working with Montell, used mice to explore the indirect pathway for activating ipRGCs. They found that a protein called retinal degeneration B2 (RDGB2) was critical in connector neurons called amacrine cells located in the inner retina, between the rods and cones and ipRGCs.

"This study reveals the first molecular player that is important in sending signals from the rods into the ipRGCs," Montell said. "This indirect communication allows the ipRGCs to respond to dim light that activates rod photoreceptor cells."

The first RDGB protein was identified in the eye of the fruit fly and Montell and Walker wanted to determine its role in the mammalian retina. They found that RDGB2 in mice is required for normal circadian activity and pupil constriction -- but only in dim light.

"Understanding all the cells, pathways and molecules is necessary if you want to develop therapies for jet lag or problems related to circadian rhythm," Montell said. "We need to understand the whole cellular and molecular mechanism in order to ultimately come up with new approaches and drugs to deal with these issues."

Seeing in a new light 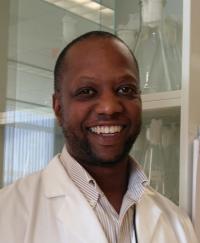