CHAMPAIGN, Ill. — Researchers tracking the spread of Toxoplasma gondii – a parasite that reproduces only in cats but sickens and kills many other animals – have found infected wildlife throughout a 1,500-acre (600-hectare) natural area in central Illinois.

The researchers also found dozens of free-ranging cats in the area, the Robert Allerton Park, near Monticello, Ill. Two years of tracking, trapping and motion-triggered night photography at eight sites in the park found no evidence of bobcats, but plenty of examples of feral or abandoned house cats, many of them infected with Toxoplasma.

The research appears in the Journal of Wildlife Diseases.

T. gondii reproduces in cats and is shed in their feces. Other animals pick it up from soil or water or by eating infected animals. Infection can lead to neurological problems, and sometimes death, in humans and other animals.

The researchers trapped, sedated and collected blood samples from 18 cats and hundreds of other mammals, including raccoons, opossums, squirrels, mice, woodchucks, chipmunks and rabbits. All of the animals were tagged and released where they were found.

(Watch a slide show about the research.)

One third of the cats sampled were infected with T gondii, as were significant numbers of the wild animals found at every site. Animals that inhabit or range over territories of 247 acres (100 hectares) or more, such as raccoons and opossums, were more likely to be infected than those with smaller ranges.

But these animals "could have acquired T. gondii infection somewhere outside of the park," said Nohra Mateus-Pinilla, a wildlife veterinary epidemiologist at the University of Illinois Prairie Research Institute and leader of the study. Animals with smaller home ranges likely picked up the infection close to where they were trapped, she said. This makes these animals good sentinels of disease in a natural area.

"The small animals are screening the environment for us," she said. "So when we sample one of those animals, we are really sampling their lifestyle."

The absence of bobcats in the park combined with the occurrence of domestic cats and T. gondii infection in wildlife that inhabit small territories strongly suggest that feral, free-ranging or abandoned house cats are the source of the infection, Mateus-Pinilla said. Cats are vital for the survival of the parasite, and so they are – either directly or indirectly – spreading T. gondii to the wildlife in the park. "There's no other option," she said.

The researchers also found that "small-home-range" animals were more likely to test positive for T. gondii if they lived near human structures in the park or in areas where there were a lot of cats, said lead author Shannon Fredebaugh, a graduate student who completed her master's degree with the study. But the researchers also found infected small-home-range animals in remote areas where fewer cats were seen.

"If one infected cat defecates there, any area can become infected," Fredebaugh said. "It just takes one cat to bring disease to an area."

The paper, "Prevalence of Antibody to Toxoplasma Gondii in Terrestrial Wildlife in a Natural Area," is available online.

Cats pass disease to wildlife, even in remote areas

Journal
Journal of Wildlife Diseases
Funder
Illinois Department of Natural Resources; the U. of I. Earth and Society Initiative; the Illinois Natural History Survey and U. of I. Extension 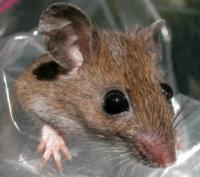