PITTSBURGH, Feb. 15, 2021 - Why do patients who receive antipsychotic medications to manage schizophrenia and bipolar disorder quickly gain weight and develop prediabetes and hyperinsulemia? The question remained a mystery for decades, but in a paper published today in Translational Psychiatry, researchers from the University of Pittsburgh School of Medicine finally cracked the enigma.

Antipsychotic drugs, scientists showed, not only block dopamine signaling in the brain but also in the pancreas, leading to uncontrolled production of blood glucose-regulating hormones and, eventually, obesity and diabetes.

"There are dopamine theories of schizophrenia, drug addiction, depression and neurodegenerative disorders, and we are presenting a dopamine theory of metabolism," said lead author Despoina Aslanoglou, Ph.D., a postdoctoral fellow at Pitt's Department of Psychiatry. "We're seeing now that it is not only interesting to study dopamine in the brain, but it is equally interesting and important to study it in the periphery."

Dopamine is a neurotransmitter that acts as a chemical messenger between neurons and is commonly known to play a role in pleasure, motivation and learning. And antipsychotic medications--such as clozapine, olanzapine and haloperidol--relieve hallucinations and delirium by blocking a subtype of dopaminergic receptors in the brain called D2-like receptors and preventing dopamine molecules from causing neurological effects.

But, as Aslanoglou and senior author Zachary Freyberg, M.D., Ph.D., assistant professor of psychiatry and cell biology at Pitt, found, it's not so simple.

"We still don't really understand how dopamine signals biologically," said Freyberg. "Even decades after dopamine receptors have been discovered and cloned, we still deploy this 'magical thinking' approach: something happens that's good enough. We use drugs that work on dopamine receptors, but how they intersect with this 'magical system' is even less understood."

If even one player in the glucose-regulating machinery breaks, our bodies begin to suffer. Low blood glucose makes us feel dizzy and faint, while high blood glucose--when sustained for a long time--causes diabetes and other complications in the cardiovascular system.

And, as it turns out, dopamine can tip the scales.

Freyberg's team found that both pancreatic alpha and beta cells can make their own dopamine, confirming that its effects aren't limited to the brain. What's more, while beta cells primarily rely on the uptake of the dopamine precursor L-DOPA, alpha cells can make L-DOPA from scratch and ramp up its production in response to glucose. This raises the possibility that alpha cells can use dopamine to not only signal at their own receptors, but also supply it to beta cells, where it acts on D2-like receptors and inhibits secretion of glucose-lowering insulin.

And unexpectedly, the researchers discovered that pancreatic dopamine also can act on receptors designed to recognize other molecules, such as "fight-or-flight" messengers adrenaline and noradrenaline.

"When you identify something so important, you have to make sure you find an application for it and improve people's lives," said Aslanoglou. "Our discovery can inform us of how to better formulate drugs to target dopamine signaling. This might be a novel pathway to therapeutics in both psychiatry and metabolism."

This research was supported by the Department of Defense (grant # PR141292), the John F. and Nancy A. Emmerling Fund of The Pittsburgh Foundation, the Intramural Research Program of the National Institute of Neurological Disorders and Stroke in the NIH (grant # R01DK097160), and U.S. Department of Veterans Affairs grant VA-ORD-BLR&D I01BX002678.

To read this release online or share it, visit http://www.upmc.com/media/news/021521-Freyberg-Aslanoglou [when embargo lifts].

The University of Pittsburgh Schools of the Health Sciences include the schools of Medicine, Nursing, Dental Medicine, Pharmacy, Health and Rehabilitation Sciences and the Graduate School of Public Health. The schools serve as the academic partner to the UPMC (University of Pittsburgh Medical Center). Together, their combined mission is to train tomorrow's health care specialists and biomedical scientists, engage in groundbreaking research that will advance understanding of the causes and treatments of disease and participate in the delivery of outstanding patient care. Since 1998, Pitt and its affiliated university faculty have ranked among the top 10 educational institutions in grant support from the National Institutes of Health. For additional information about the Schools of the Health Sciences, please visit http://www.health.pitt.edu . 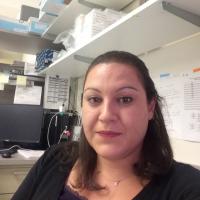