Monday, January 13, 2020, CLEVELAND: A new Cleveland Clinic study has uncovered a genetic anomaly associated with poor response to a common asthma treatment. The findings, published in Proceedings of the National Academy of Sciences, showed that asthmatic patients with the gene variant are less likely to respond to glucocorticoids and often develop severe asthma.

The research team, led by Nima Sharifi, M.D., of Cleveland Clinic's Lerner Research Institute, identified that the gene variant HSD3B1(1245A) is associated with glucocorticoid response and may be clinically useful to identify patients most likely to benefit from other treatments.

"Glucocorticoids, which modulate systemic inflammatory response, are commonly prescribed to treat severe asthma. However, until now we have not understood why many patients do not benefit from them," said Dr. Sharifi, senior author of the article. "These findings make the case for genetic testing and personalized treatment and provide important information for identifying which patients should be treated using different therapies."

They found that a change to the gene HSD3B1 - specifically the HSD3B1(1245A) variant - is associated with poor lung function and glucocorticoid treatment resistance. The analysis revealed that among patients receiving glucocorticoids, those with the variant had poorer lung function than those who did not have the genetic anomaly, suggesting that it contributes to resistance and helps drive the progression to severe asthma.

Previous studies have shown that HSD3B1 encodes an enzyme that converts less active hormones called androgens into more powerful androgens. While additional research is necessary, the team suspects that HSD3B1(1245A)'s effect on lung function may be attributed to inhibition of this process.

"This study is the first to provide genetic evidence suggesting that variants related to androgen synthesis affect glucocorticoids treatment resistance in asthma or any other inflammation-related disease," said Joe Zein, M.D., first author on the study and a practicing pulmonologist in Cleveland Clinic's Respiratory Institute. "These findings provide us with important new information that may lead to more tailored treatments for asthma patients and the ability to prevent the development of severe disease."

Asthma is a chronic condition that causes the airways of the lungs to narrow, the lining of the airways to become inflamed and the cells that line the airways to produce more mucus, making it difficult to take in enough air. According to the CDC, about 25 million people in the U.S. have asthma, including more than six million children. Asthma accounts for nearly two million emergency department visits each year.

Previously, Dr. Sharifi's laboratory has extensively studied the role of HSD3B1 in prostate cancer. In 2013, he made the seminal discovery that prostate cancer cells with the HSD3B1(1245C) variant survive androgen deprivation therapy, the first line of defense against prostate cancer, by producing their own disease-fueling androgens. He has spent more than seven years studying and publishing peer-reviewed articles on the variant's effect in prostate cancer.

Dr. Zein is a member of the Cleveland Clinic Asthma Center, which provides a comprehensive approach to asthma management and care along with innovative research, offering patients access to the most advanced diagnostic testing and innovative treatments. 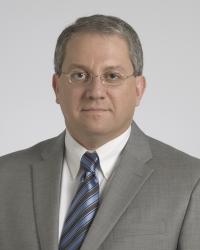