Washington, DC--New research from a team led by Carnegie's Robert Hazen predicts that Earth has more than 1,500 undiscovered minerals and that the exact mineral diversity of our planet is unique and could not be duplicated anywhere in the cosmos.

Nearly a decade ago, Hazen developed the idea that the diversity explosion of planet's minerals from the dozen present at the birth of our Solar System to the nearly 5,000 types existing today arose primarily from the rise of life. More than two-thirds of known minerals can be linked directly or indirectly to biological activity, according to Hazen. Much of this is due to the rise of bacterial photosynthesis, which dramatically increased the atmospheric oxygen concentration about 2.4 billion years ago.

"Minerals follow the same kind of frequency of distribution as words in a book," Hazen explained. "For example, the most-used words in a book are extremely common such as 'and,' 'the,' and 'a.' Rare words define the diversity of a book's vocabulary. The same is true for minerals on Earth. Rare minerals define our planet's mineralogical diversity."

Further statistical analysis of mineral distribution and diversity suggested thousands of plausible rare minerals either still await discovery or occurred at some point in Earth's history, only to be subsequently lost by burial, erosion, or subduction back into the mantle. The team predicted that 1,563 minerals exist on Earth today, but have yet to be discovered and described.

The distribution of these "missing" minerals is not uniform, however.

Several circumstances influence the likelihood of a mineral having previously been discovered. This includes physical characteristics, such as color. White minerals are less likely to have been noticed, for example. Other factors include the quality of crystallization, solubility in water, and stability near the surface of the planet.

As such, Hazen and his colleagues predicted that nearly 35 percent of sodium minerals remain undiscovered, because more than half of them are white, poorly crystallized, or water soluble. By contrast, fewer than 20 percent of copper, magnesium, and copper minerals have not been discovered.

Further expanding the link between geological and biological evolution, Hazen's team applied the biological concepts of chance and necessity to mineral evolution. In biology, this idea means that natural selection occurs because of a random "chance" mutation in the genetic material of a living organism that becomes, if it confers reproductive advantage, a "necessary" adaptation.

But in this instance, Hazen's team asked how the diversity and distribution of Earth's minerals came into existence and the likelihood that it could be replicated elsewhere. What they found is that if we could turn back the clock and "re-play" Earth's history, it is probable that many of the minerals formed and discovered in this alternate version of our planet would be different from those we know today.

"This means that despite the physical, chemical, and biological factors that control most of our planet's mineral diversity, Earth's mineralogy is unique in the cosmos," Hazen said.

Earth's mineralogy unique in the cosmos 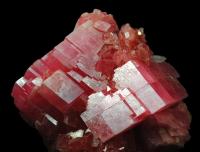 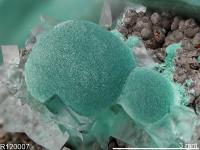