African elephants are known to be great communicators that converse with extremely low-pitched vocalizations, known as infrasounds, over a distance of miles. These infrasounds occupy a very low frequency range—fewer than 20 Hertz, or cycles, per second—that is generally below the threshold of human hearing.

Now, a new study shows that elephants rely on the same mechanism that produces speech in humans (and the vocalizations of many other mammals) to hit those extremely low notes. Christian Herbst from the University of Vienna, along with colleagues from Germany, Austria and the United States, used the larynx of a recently deceased elephant to recreate some elephant infrasounds in a laboratory.

Their findings are published in the 3 August issue of the journal Science, which is published by AAAS, the nonprofit science society.

"These vocalizations are called infrasounds because their fundamental frequency is below the range of human hearing," explained Herbst during a phone interview. "We only hear the harmonics of such sounds, or multiples of that fundamental frequency. If an elephant's vocal folds were to clap together at 10 Hertz, for example, we would perceive some energy in that sound at 20, 30, 40 Hertz and so on. But these higher overtones are usually weaker in amplitude."

Until now, researchers have wondered whether these low, rumbling elephant infrasounds were created by intermittent muscle contractions, as a cat's purr is, or by flow-induced vocal fold vibrations, fueled by air from the lungs, as is a human's voice. But, the natural death of an elephant at a zoo in Berlin gave Herbst and his colleagues a somewhat serendipitous chance to study the mechanism firsthand.

The researchers removed the elephant's larynx and froze it within a few hours of the animal's death. They then took it over to the larynx laboratory in the Department of Cognitive Biology at the University of Vienna, where Tecumseh Fitch, a senior author of the Science paper, studied it in depth.

Herbst and the other researchers imitated the elephant's lungs by blowing controlled streams of warm, humid air through the excised larynx while adjusting the elephant vocal folds into a phonatory, or vocal-ready, position. In this way, the scientists were able to coax the vocal folds into a periodic, low-frequency vibration that matched an elephant's infrasound in every detail.

The fact that they were able to duplicate the elephant's infrasounds in a laboratory demonstrates that the animals rely on a myoelastic-aerodynamic, or "flow-driven," mode of speech to communicate in the wild. The elephant's brain would have been required to recurrently tense and relax the vocal muscles if the other mechanism, which produces a cat's purr, was involved, they say.

This flow-induced mechanism demonstrated by the researchers is likely to be employed by a wide range of mammals. From echolocating bats with their incredibly high vocalizations to African elephants and their extremely low-pitched infrasounds, this mode of voice production seems to span four to five orders of magnitude across a wide range of body sizes and sonic frequencies.

The researchers also saw some interesting "nonlinear phenomena" in the way the elephant vocal folds vibrated. These mostly irregular patterns of vibration occur when babies cry or heavy metal singers scream and the physical mechanism that elephants use is again identical to that seen in humans, they say.

"If I scream, it's no longer a periodic vibration," said Herbst. "It becomes chaotic and you can hear a certain degree of roughness. This can also be observed in young elephants, in situations of high excitement."

Herbst says that the findings were only made possible by a collaborative effort between voice scientists and biologists, and that voice science is an essential aspect of our social and economic lives.

"Speech is a crucial means for our social communication and for most people's jobs," explains Herbst. "Also, lots of people sing in choirs. I love singing, myself. But people can actually hurt their voices when they produce sounds in a wrong manner."

"There is a high public awareness about the tennis elbow, for instance, but not so much about voice injuries. These issues are part of our everyday lives, and they have a huge economical and social impact on our society."

The report by Herbst et al. was supported by European Research Council Advanced Grant SOMACCA, a startup grant from the University of Vienna, an Austrian Science Fund grant, a grant from the Deutsche Forschungsgemeinschaft, and a grant from the National Institute for Deafness and Other Communication Disorders. 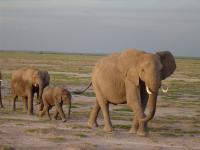 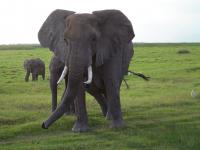