Many things in the natural world are geometrically chiral, meaning they cannot be superimposed onto their mirror image. Think hands -- right and left hands are mirror images but if you transplanted a right hand onto a left, you'd be in trouble. Certain molecules are chiral, including DNA and amino acids.

Light can also be chiral. In chiral light, the direction of oscillation of the electromagnetic wave, known as the polarization, rotates clockwise or counterclockwise. Materials made of chiral molecules reflect light differently depending on the nature of their chirality. The artificial sweetener Aspartame, for example, is chiral. One chirality of the molecule is sweet, the other bitter. Drugs can also be chiral. Perhaps the most infamous example of chirality is the Thalidomide molecule. One version of the molecule acts as a sedative to pregnant women, the other caused terrible birth defects in thousands of children. As a result, being able to observe and analyze the chirality of an object is very important in many fields.

Now, researchers at the Harvard John A. Paulson School of Engineering and Applied Sciences (SEAS) have developed an ultra-compact, flat lens that can simultaneously capture both spectral information and the chirality of an object.

The research was recently published in Nano Letters.

"For the first time, chiroptical properties can be probed across the entire visible spectrum using only a single planar lens and a camera without the addition of other optical components," said Federico Capasso, the Robert L. Wallace Professor of Applied Physics and Vinton Hayes Senior Research Fellow in Electrical Engineering, and senior author of the paper. "We have demonstrated the potential of metalenses in realizing a compact and multifunctional device with unprecedented chiral imaging capabilities."

The lens consists of two arrays of titanium oxide nanofins on one glass substrate, which forms two images of opposite chirality. To demonstrate the efficacy of the lens the team imaged the chiral exoskeleton of a beetle.

A key feature of the lens is its size, said Wei Ting Chen, a postdoctoral fellow in the Capasso Lab and co-author of the paper.

"The chiral lens is very compact, only 3 mm in diameter and thinner than hair, allowing us to integrate it into portable devices," said Chen.

"Our work is an unprecedented demonstration of a multifuntional metasurface," said Reza Khorasaninejad, a postdocteral fellow in the Capasso Lab and first author of the paper. "We showed that an ultrathin surface can both form an image and simultaneously resolve both polarization and spectral information of a biological specimen."

The paper was coauthored by Alexander Zhu, Jaewon Oh, Robert Devlin and David Rousso of SEAS.The research was supported by the Air Force Office of Scientific Research, Thorlabs, and Draper Laboratory. This work was performed in part at Harvard University's Center for Nanoscale Systems (CNS), a member of the National Nanotechnology Coordinated Infrastructure (NNCI), which is supported by the National Science Foundation. 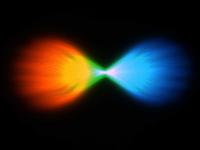 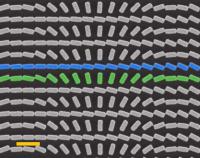