Despite physical distance, it's possible to create proximity between family members located in different places. This is according to a study from Linköping University that has investigated how video calls bring family members together. The results show that proximity in video calls is established mainly by way of the body and the senses, e.g. by giving a digital high five.

Touching a beloved family member, or even making eye contact, is impossible online. Still, it's possible to feel close to them. Anna Martín Bylund and Linnéa Stenliden have studied the social and emotional challenges that geographical distance can create among family members who are spread out in different countries, and how longing is expressed in video calls. Their study has been published in the Journal of Multilingual and Multicultural Development.

"Our study shows that in a video call, an interaction can develop where the participants feel proximity. This interaction is enacted by way of the body and the senses, as well as other means like the camera and the technology. This research has become extra relevant in these corona times, when many of us are forced to communicate digitally", says Anna Martín Bylund, senior lecturer at Linköping University's Department of Behavioural Sciences and Learning.

Previous research in the field has discussed whether it is possible to create proximity and togetherness digitally. It has shown that changing communication patterns affect how we move our bodies as well as how we move ourselves across national boundaries. In this study, the LiU researchers show that proximity is not a given, but that it can, to a degree, be re-created and modified by way of video calls. The study also shows that proximity is created primarily using the body and the senses, although spoken language also plays a part. In video calls, the room is very important - what appears on screen and how the body is coordinated in relation to the camera lens. In the study one can see that this suits small children without a well-developed language. Their participation is facilitated when body and space can be more important than speech.

One factor that can help build emotional proximity is humour. The camera's presence contributes to this, for instance by zooming in on different parts of the body and excluding others, leading to jokes and laughter. But proximity is also created through the participants' ability to be creative and to handle the situations that arise between themselves, the person or people they are speaking to, and the technology. An example of this is the high-five that a three-year-old in China and her grandparents give each other. But instead of one palm contacting another, the experience is replaced by skin against visual impressions, speech, and the muscle memory of a high-five. This practice produces a high-five despite everything, and togetherness between the participants.

"Our study contributes insights into how technological solutions are used for everyday communication, in order to overcome distance in families with roots in different countries. The families' communication is affected by the technology, which creates specific conditions for how proximity can arise", says Linnéa Stenliden, senior lecturer at Linköping University's Department of Behavioural Sciences and Learning

Closer to far away; transcending the spatial in transnational families' online video calling is a small, qualitative study, and further research is required.

The researchers are taking the results from the study into their new project. Here they will investigate new challenges such as uncomfortable silence, which upper secondary teachers are faced with when using distance education in the age of the coronavirus.

Journal of Multilingual and Multicultural Development 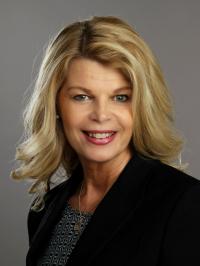