Unlike squid, bottom-dwelling cuttlefish may be able to put one key aspect of their camouflage on autopilot. Marine Biological Laboratory and University of Cambridge researchers report that these cephalopods can lock in the 3-D textured shape of their dynamic skin for over an hour without nervous system input. This physiology is thought to help cuttlefish save energy as they camouflage from predators, wait for prey, or digest food. The study appears February 15 in iScience, a newly launched interdisciplinary journal published by Cell Press.

"I just couldn't believe that I cut the pallial nerve, and the papillae--the bumps of skin that allow cuttlefish to change the texture of their skin to become more rock- or kelp-like--stayed intact," says first author Paloma Gonzalez-Bellido, a lecturer in neuroscience at the University of Cambridge. "We know that papillae are formed by a complex array of muscles. The only way that these muscles can actually stay coordinated in these complicated shapes without any neural input is that they have a way to hold tension."

This mechanism hasn't been observed in other cephalopods, such as squid or octopus, but it is known that bivalve molluscs clamp shut their shells using catch muscles to save energy. Although what's happening in the cuttlefish is more complex, the researchers are curious to find out whether this is a case of independent evolution, as the main neurotransmitters that signal bivalve catch muscles also control papillae expression.

Gonzalez-Bellido made this discovery while investigating cuttlefish camouflage control at the Marine Biological Laboratory with colleagues Trevor Wardill, Roger Hanlon, and Alexia Scaros. They were interested in tracing what happens in the cuttlefish nervous system that allows the animal, based on visual signals alone, to contract its skin and change its 3-D texture in a matter of seconds.

"We've known about papillae for some time, but generally people have been studying them from more of a behavioral perspective, and we got involved to look at how skin operates and followed up with a neurobiology approach," says Wardill (@trevorwardill), a neuroscientist at the University of Cambridge.

In addition to identifying the motor neurons and neurotransmitters dedicated exclusively to camouflage control, the researchers found remarkable similarity between the nerves that control the cuttlefish papillae and the neural circuit for iridescence in some squid. This is the ability of squid to change how the sun's light reflects off of their bodies in such a way that it hides them from predators and prey or to send signals to conspecifics. Cuttlefish do not have tuneable iridescent skin.

"The similarities between papillae and iridescence control make us think the two systems evolved from a skin neural circuit already present in a common ancestor, although it would require a lot more study to know for sure," Wardill says.

The researchers now aim to explore this link and the diversity of iridescence and papillae control among squid and cuttlefish. They also want to understand why the motor neurons are located in peripheral ganglia, positioned between the brain and the skin.

"We can learn so much from these animals," says Gonzalez-Bellido. "They have really developed brains despite only living one or two years, so it's a unique opportunity to figure out how evolution may have come up with a completely different nervous system from ours."

iScience (@iScience_CP) is a new interdisciplinary, open-access journal from Cell Press for basic and applied research that makes a notable advance in the field, or fields, that they cover across life, physical, and earth sciences. Visit: http://www.cell.com/iscience. To receive Cell Press media alerts, contact press@cell.com.

The neuroscience of cuttlefish camouflage 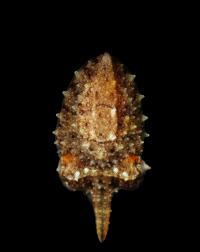 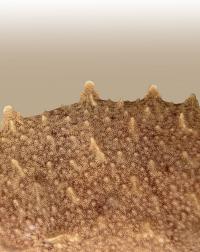