While many books have tackled the question of the existence of a god or gods, none have focused solely and directly on the reasons typical believers in various religions around the world give for believing. Guy P. Harrison, an award-winning journalist, columnist and science teacher, has traveled extensively on six continents and spoken with numerous believers who adhere to a variety of religions. In his new book, 50 Reasons People Give for Believing in a God (Prometheus Books, $17.98), Harrison lists the fifty most common reasons for belief he heard and then presents a skeptical response to each that reveals their weaknesses.

"Although the book is thorough and forceful I never let it drift into an attack on believers or take on a tone of arrogance," said Harrison. "This is a polite and respectful work that will inspire believers to think more deeply about their religions. Nonbelievers can give this book to religious friends and family members without fear of confusing or offending."

Some of the reasons for believing in a god listed in this book may seem simplistic, Harrison says. But the fact is they continue to work for billions of people around the world, generation after generation. Therefore, he believes, it is important to address them from a skeptical perspective. "We can't dismiss reasons for belief such as 'My god makes me happy so I know he's real,' just because it may seem superficial. So long as people hate, kill and fight against science in the name of gods there will be an urgent need for more discussion about whether or not these gods are likely to even be real in the first place."

50 Reasons People Give for Believing in a God does not attempt to make the case that no gods can possibly be real or that religions are entirely bad. Mr. Harrison clearly states in the book that much good comes from religion.

The book's focus is on the absence of good evidence and compelling reasons to confidently believe in the existence of any gods. "I do not claim that anyone's god cannot exist. My goal is not even necessarily to make every reader stop believing in their god or gods," said Harrison. "My intent is to show that there is plenty of reason for doubt, certainly enough doubt to lead people to think twice before strapping bombs around their torsos, rejecting science, hating someone or other such destructive behavior that may be tied to belief in gods. Our world needs skepticism and doubt today more than ever."

Not only does 50 Reasons People Give for Believing in a God show how popular justifications for belief fail to hold up to scrutiny. It also shows how the absence of belief is not a recipe for immorality or an empty unsatisfying life. Using statistics from numerous sources, Harrison shows that the popular claim that belief in a god is necessary for the well being of a society is untrue. The data show that it is the least religious societies on Earth that are the most progressive, most peaceful, most law abiding and most likely to respect basic rights for women and children. Meanwhile, the most religious societies are the most dysfunctional with high crime, high illiteracy, high infant mortality rates, little concern for the right of women and children, and so on.

50 Reasons People Give for Believing in a God also explains what atheism is and is not. "There is an inexcusable amount of prejudice directed at nonbelievers from believers in America and around the world," says Harrison. "Virtually all of it is rooted in simple ignorance about who nonbelievers are and what it means to live without belief. For example, many believers continue to think atheism is a religion, atheists hate their god or gods, and all atheists have a firm conviction that the existence of any gods as impossible rather than highly unlikely."

Nick Wynne, PhD; Executive director of the Florida Historical Society, says: "This thoughtful work should be read by religious practitioners, political leaders, and the general public and should be taught as a foundation for explaining the role of religion in society. I recommend it heartily."

50 Reasons People Give for Believing in a God is a very readable and frequently humorous book that will stimulate readers to think about gods and religions in new ways. Both believers and nonbelievers will find much of value in this informative and far-reaching work. It's a gentle nudge toward critical thinking for believers as well as road map to productive interaction between believers and nonbelievers. Michael Shermer, publisher of Skeptic magazine and columnist for Scientific American, calls 50 Reasons People Give for Believing in a God "engaging and enlightening".

Guy P. Harrison is an award-winning journalist, a columnist for a national newspaper in the Cayman Islands and a science/history lecturer at a Cayman Islands school. He is a graduate of the University of South Florida with a degree in History and Anthropology. Guy has travelled extensively, visiting more than 25 countries on six continents and has interviewed many interesting and significant personalities, from Nobel Prize winners to Apollo astronauts to world heavyweight boxing champions.

50 reasons people give for believing in a god 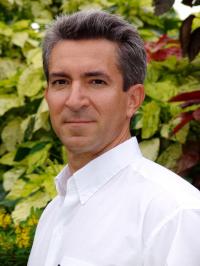