Genetic variation within the endocannabinoid system may explain why some survivors of childhood adversity go on to become dependent on marijuana, while others are able to use marijuana without problems, suggests new research from Washington University in St. Louis.

"We have long known that childhood adversity, and in particular sexual abuse, is associated with the development of cannabis dependence. However, we understand very little about the individual difference factors that leave individuals vulnerable or resilient to these effects," said Ryan Bogdan, PhD, assistant professor of psychological and brain sciences in Arts & Sciences and a senior author of the study.

Forthcoming in the Journal of Abnormal Psychology, the study is among the first to pinpoint a specific genetic variant that may influence susceptibility to cannabis dependence in the context of childhood trauma.

THC, the main psychoactive ingredient in marijuana, influences an array of mental and bodily functions because it closely mimics chemical enzymes that the endocannabinoid system naturally produces to send signals between neurons and other individual cells throughout the body. These signals trigger the production of other internal chemicals, such as adrenalin, which help the body modulate its response to external influences, such as fear, stress and hunger.

Like most bodily functions, the workings of the endocannabinoid system are closely programmed and controlled by a set of genetically coded instructions.

"In this study, we investigated whether variation in genes within the endocannabinoid system may be particularly important in setting the stage for cannabis dependence, especially in the context of childhood trauma," said lead author Caitlin E. Carey, a PhD student working with Bogdan.

In phase one of the study, researchers examined genetic data from 1,558 Australian marijuana users who self-reported various types of sexual abuse as children. Carey and colleagues examined whether Single Nucleotide Polymorphisms (SNPs, pronounced "snips") located in or near endocannabinoid system genes were associated with the development of marijuana dependence symptoms in the context of childhood sexual abuse.

SNPs represent differences in a single DNA building block called a nucleotide and are the most common form of genetic variation in people, with an estimated 10 million SNPs in the human genome.

While little is known about many SNPs, some have been identified as key biological markers for genetic diseases. When SNPs occur within a gene or in a regulatory region near a gene, they may affect how that gene functions, perhaps raising disease risk or changing how an individual responds to certain environmental factors such as drugs or trauma.

The vast majority of SNPs, including those looked at in this study, have two different alleles at each locus; one of these alleles is inherited from the biological mother, with the other being inherited from the biological father. Alleles with two matching pieces of genetic information are called homozygotes (for example A/A or G/G), while those with mixed pairs are called heterozygotes (A/G).

Of the endocannabinoid variants examined, a single variant within the monoacylglycerol lipase (MGLL) gene demonstrated a significant interaction with childhood sexual abuse and later cannabis dependence.

"As we expected, childhood sexual abuse was overall associated with individuals reporting a greater number of cannabis dependence symptoms," Carey said. "But what was particularly intriguing is that this association was only seen among people with two copies of the more common G allele. People with at least one copy of the less common A allele did not show this pattern, so these data suggest that the A allele may provide some form of resiliency to the development of dependence.

The endocannabinoid system is known to play an important role in the body's response to stress. Monoacylglycerol lipase, which MGLL codes for, regulates the availability of 2-AG, an endocannabinoid neurotransmitter that binds to the same receptors as the THC in plant-based cannabis.

In phase two of the study, Carey and colleagues attempted to replicate the findings using data from 859 American participants obtained from the Study of Addiction: Genetics and Environment. Here again, they found the same interaction between the rs604300 genotype and child abuse to be significantly associated with cannabis dependence symptoms.

Carey and colleagues speculate that the rs604300 minor A allele's role in buffering against later cannabis dependence may be related to how the brain reacts to threat.

As Bogdan said: "The amygdala is a region of the brain critical for behavioral vigilance, including coordinating our behavioral responses to threat in the environment. Heightened amygdala reactivity has been consistently linked to anxiety disorders. Prior research has shown that endocannabinoids and marijuana, as well as prior childhood adversity, affect amygdala function. Endocannabinoid signaling, in particular, regulates reactivity to threat by facilitating a dampening of amygdala response (i.e., habituation) when threats are repeatedly presented with no adverse consequence."

The amygdala (shown in red) is a region of the brain critical for behavioral vigilance, including coordinating physiologic and behavioral responses to threat. The A allele at rs604300 within MGLL, which conferred protection to cannabis dependence in the context of elevated childhood adversity, was associated with heightened threat-related amygdala habituation (i.e., a increased dampening of response over time) among those exposed to elevated childhood adversity. Such elevated amygdala habituation is associated with recovery from environmental stress.

If the rs604300 A allele is associated with relative increased amygdala habituation (such as a dampening of response over time) to threat in the context of childhood adversity, it is possible that child abuse survivors with this allele may be less prone to later use cannabis in an attempt to achieve the same mood-altering result, they speculated.

In a third phase of this study, they tested for this connection in an independent group of 312 undergraduate students from the Duke Neurogenetics Study and found increased amygdala habituation as a function of early life stress in minor A allele carriers, but not in GG individuals. The finding reinforces the possibility that MGLL rs604300 genotype may play a key role in decoupling the neurobiological link between early life stress and mental health outcomes in later life.

Collectively, while speculative, these data suggest that elevated amygdala habituation among individuals with the A allele who were exposed to childhood trauma may result in decreased reliance on marijuana to cope with future stressors and negative affect.

"It's important to mention that these findings are unlikely to be informative at an individual level," Carey said. "We won't see a genetic test for cannabis dependence anytime soon, if ever, but it's a start." 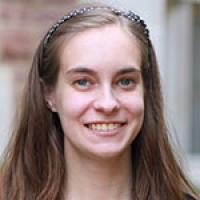